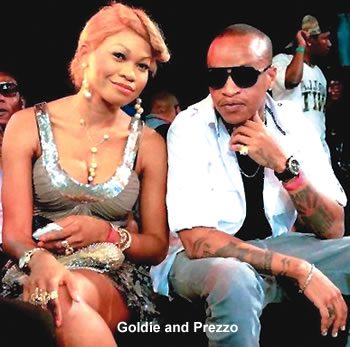 If the report reaching NaijaGists.com is anything to go by, former BBA stars Goldie and Prezzo are set to have their wedding at a secret location in February of next year (2013). naijagists.com

The report stated that Goldie and her boyfriend, Prezzo are set to tie the knot on the 9th of February, 2013 at a secret location in Nigeria.

Nigerian songstress Goldie Susan Harvey met her Kenyan boyfriend, rapper Prezzo at the Big Brother Africa star game show early this year and since then they have been secret lovers.

According to a inside source, Prezzo visited Goldie’s parent house in Lagos State Nigeria few weeks back to formally ask for her hand in marriage.

Goldie who chose to make her romance with Prezzo as secret affair hasn’t said anything about their wedding plan yet.

Wishing the secret lovers a blissful secret marriage in advance.