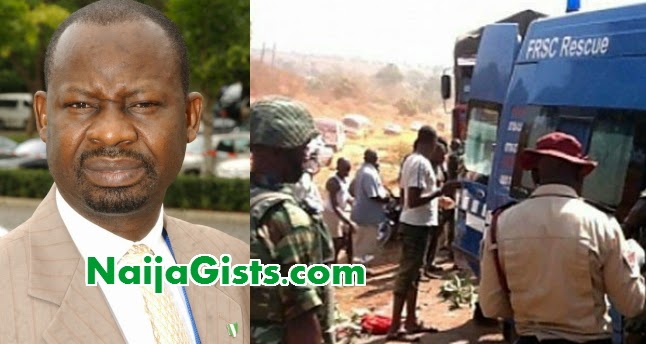 The fatal accident that happened in Alkareri Local Government Area of the statement around 7pm on Thursday caused three passenger buses and a motorcycle to catch fire.

14 victims of the accident were burnt beyond recognition.

The burnt remains of the caualities were taken to Federal Medical Center in Gombe by Police Patrol Team attached to Alkaleri Division.