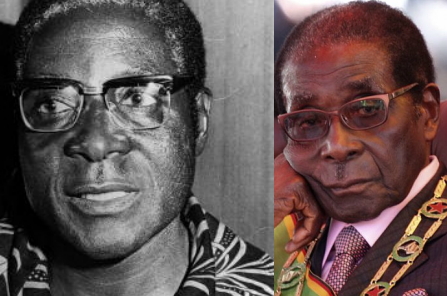 It was not a befitting exit for President Robert Mugabe, the Zimbabwean nationalist and a revolutionary intellectual who was at the vanguard of the liberation struggle against the white minority rule. He was one of the founding members of the ZANU-PF that led the liberation struggle to resist the oppressive regime in former Rhodesia. He was a true pan-Africanist who rode to prominence on the crest hill of a revolutionary credential to restore dignity to his people. He is a gifted orator and a charismatic leader who combined intellectual engagement with revolutionary tactics on the field.

ZANU PF is a well organized party with structures and defined hierarchy to which every member paid allegiance. What was lacking was defined succession and tenure of party officials who decided to appropriate power through gerontocratic patronage. The party became hijacked by old hawks of the revolution that employed deft manoeuvres to manipulate rivals in the party in order to sustain themselves perpetually in power. Mugabe is synonymous with stubbornness but he was sustained in power by the party machinery which he oiled with perks and generosity with state resources to the detriment of the entire nation. Mugabe was a puppet of the ZANU PF and the puppeteers have been the vice president himself, nicknamed The Crocodile whom he sacked in a political mis-calculation, the military industrial complex and other chieftains of the party that included the veterans’ leaders.

At age 93 years, Mugabe certainly was not in charge of anything in Zimbabwe, perpetually dozing off at every official functions like one struck by incubus. His wife Grace, who is over 40 years his junior, was straight from the pit of Hell and an albatross that became Mugabe’s nemesis. She appears possessed by a demonic lust for power which set her on collision cause with the party leadership that she wanted to subvert and inherit the presidency from her husband. She should have been better a fashion designer or a hair dresser than to aspire to occupy the presidency of Zimbabwe, a country with literacy rate above any other African country. The pseudo coup showed clearly where power belonged in the ZANU-PF.

Mugabe was a mere figure head being manipulated by different interests in the party because of old age and senility. The military general that led the putsch was all smile and friendly and indeed civilized to the bargain. He even allowed him to attend a ceremony while still under house arrest. Mugabe may indeed be a stubborn fellow, but he is so old that he forgot where power resides thinking that like the wily old fox that he used to be, he could negotiate himself out of the present dead end. His, is the end of an era and happily so, an ugly era of despotism and dictatorship of strong men.

Did Mugabe record any achievement in Zimbabwe and Africa? Yes indeed, he did. He was a founding member of a party, ZANU PF that led the revolution that liberated his country from the minority white rule. He was a cerebral leader and acquitted himself with intellectual eloquence and delivery when he was a fire brand leader in his prime. He occupies a place in the history of African leadership that was dynamic and expressive to the annoyance of the neo-colonialists. Mugabe was as guilty as the ZANU-PF in whatever he did or failed to do because the party has a great influence on the political leadership of the country. He would not have succeeded if the party did not offer him the support and encourage him to continue along the path that he took the nation.

He became too old to appreciate that he was derailing and nobody was telling him the truth so long as the party members and supporters get patronage. He became detached to the sensibility and suffering of his people when the local currency virtually lost value and citizens started voting with their legs to other African countries as economic migrants and refugees.

Mugabe suffered from chronic African leadership malaise of sit-tight in government. They are all over the continent; General Ibrahim Babangida was forced to step aside. All the registered political parties once adopted General Sani Abacha when he wanted to succeed himself. Chief Obasanjo schemed for tenure elongation. Colonel Gadhafi paid with his life. Hosni Mubarak was humiliated out of office. Yoweri Museveni has changed the constitution of Uganda to remain a life president. Paul Biya has turned to maximum leader in Cameroon. Yahaya Jameh wanted to rule in the Gambia for 1,000 years but now lives in exile, the same with Blaise Compaoré of Burkina Faso; the list goes on and on.

Regrettably, in his lust for power, Mugabe has lost his position in the pantheon of revered African leaders who contributed to the liberation of Africa and brought dignity to their people. The party that produced him failed to offer him a landing right with secured platform in the political shores of his country. Mugabe’s gain is a credit to ZANU PF and his lost is a failure to the party. Sadly, the same old guards are taking over from Mugabe with no generational shift. This is another challenge that the people would have to confront in their democratic journey and already, there are splinters and cleavages even in the ZANU PF. With his exit from power in this anti- climax, we can still say that there was once a leader in Mugabe even though history will judge him harshly for frittering away the capital of his contribution.

So long Comrade Mugabe, the wily old fox of Harare!

About the author: Mike Kebonkwu is an Abuja-based attorney.

Continue Reading
You may also like...
Related Topics:article, mugabe

Mediterranean Sea: A Journey Of No Return To African Migrants Searching For The Golden Fleece
Atiku Abubakar Defects To PDP To Get Presidential Ticket As Buhari Blocks His Main Source Of Income