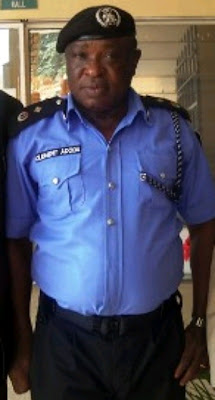 June 26, 2013 – Governor Amaechi Dares Rivers State Police Commissioner “Shoot Me If You Can”

Rivers State Governor, Mr. Rotimi Amaechi, has dared the State Commissioner of Police, Mr. Joseph Mbu, to shoot him whenever he embarks on a demonstration against him (CP) and the Federal Government.

Mbu had placed a ban on any form of demonstration, procession or rally by any person or group of persons in the state and warned anybody not to dare him on the directive.

But speaking on Tuesday when leaders and people of Urashi Kingdom paid him a solidarity visit at the Government House in Port Harcourt, Amaechi vowed that he would be at the forefront of the protest that would come up soon.

The governor said he had told traditional leaders in the state to get ready for the demonstration against Mbu over the police commissioner’s position on rallies and demonstrations.

Amaechi, who decried Mbu’s attempt to stop the people of Urashi from paying a solidarity visit to him, said it was wrong for the police to have harassed his supporters.

He said Rivers was now a police state following the police attempt to stop people’s movement by blocking the entire Orashi region.

He said, “Another thing I will tell you is that we are looking for a date we will demonstrate against what the Federal Government and what the Commissioner of Police are doing in Rivers State.

“We have told our chiefs to get ready. Once we get a date, once we get people from overseas; they are Nigerians; they will join us and we will give you the date.

“I have told the CP (Mbu) to be ready to shoot me, I will be in front. I will not seat here and wait for you to match here and give me letter. Instead, I will keep SSG here and then I will match down with you people.

“Then I will give the SSG letter to give to the FG so that if they want to shoot, they can shoot me because we have a right to express our views. You have the right to criticise me. I am not particularly a good man. There is nobody that is a perfect man in the world. Is there any?”

He, however, commended the people of Urashi Kingdom for braving the odds to get to Port Harcourt in spite of the attempt by the police to stop them.

Insisting that every Nigerian had the right to express his or her views, Amaechi argued that the state police commissioner did not have the powers to ban demonstration since it (protest) was part of the people’s fundamental human rights.

He said, “You people are by far stronger than me. I got a report yesterday very late at night that the police had planned to stop you people. I was thinking that once you see policemen, everybody will run into his house.

“But you must learn how to use these things. You should have recorded them so that you can show to the world how much a tyrant our commissioner of police is.”