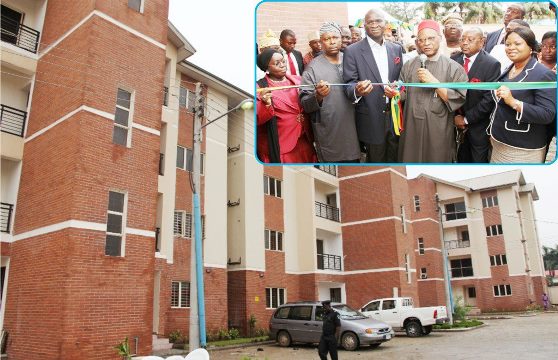 During the recent commissioning of Ikeja Millennium Housing Estate in Lagos,the current governor of the sunshine state, Babatunde Raji Fashola revealed why he named the newly-built Housing estate after Chief Emeka Anyaoku.

Chief Anyaoku was the third Commonwealth Secretary-General. He is a Nigerian from the Igbo tribe.

In 1959, Emeka Anyaoku joined the Commonwealth Development Corporation. Following Nigeria’s independence, he joined Nigeria’s diplomatic service, and in 1963 was posted to its Permanent Mission to the United Nations in New York.

In 1966, he joined the Commonwealth Secretariat as Assistant Director of International Affairs. In 1968-69 there was a campaign by the Nigerian military government for the recall of Anyaoku; which said he was not a suitable Nigerian nominee, and they were anxious about his loyalty to the country of his birth. But Emeka had resigned from the Nigerian Foreign Service and Arnold had no difficulty in turning aside the demand.

Fashola said the 76-unit 4-bedroom duplex that is now located on Muiz Banire St in the Government Reserved Area of Ikeja was named after Chief Anyaoku because during his tenure in office, Anyaoku contributed immensely to Lagos State development. 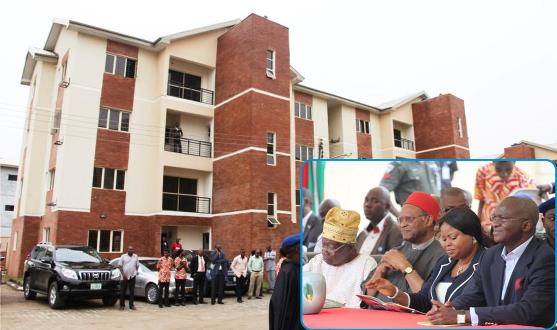