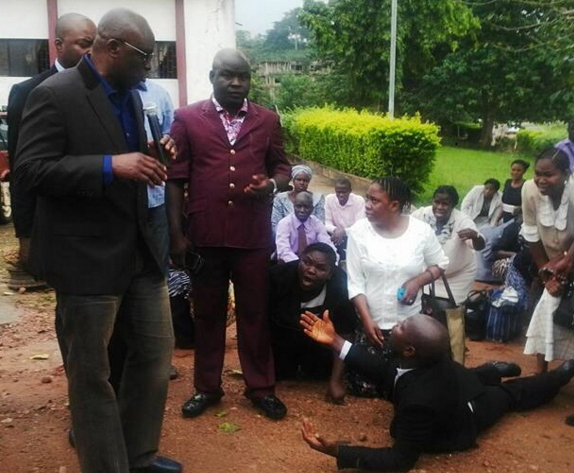 Ekiti chapter of the APC party has queried the frequent trips of Governor Fayose to Dubai, UAE.

In a statement signed by the party’s spokesperson, Taiwo Olatunbosun, Fayose’s incessant trips to Dubai shows crass insensitivity to the plight of Ekiti state workers.

“It was a height of irresponsibility by the governor to embark on private comfort abroad while state workers live in miserable conditions during festive Yuletide season. “It is more worrisome that the governor prepared and collected travelling allowances for 10 aides who he claimed were to travel with him to Dubai, but only one eventually made the trip while money running into millions for the remaining nine was pocketed by the governor”.

APC said Fayose budgeted 250 million naira for Christmas vacation trip to Dubai for himself and 10 aides but only one made it. He was accused of embezzling the state’s fund with overbloated expenses.

But the governor bought his people 300 bags of rice for Christmas now…. why una dey complain???