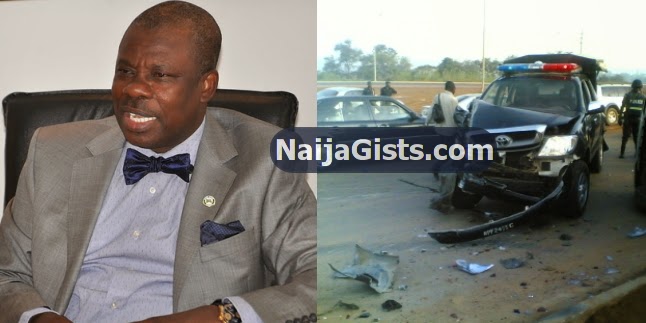 The incumbent governor of Ogun state Nigeria, Senator Amosun on Sunday escaped death during an head-on collision with a commercial bus driver.

An eyewitness said the crash happened along Saapade Ogeere Road on the popular Lagos-Ibadan Expressway around 9:30am.

We learnt the governor was going towards Ibadan while the Mitsubishi bus was coming from the opposite direction.

The accident occurred at a spot where construction work was ongoing and this forced motorists to use two of the four-lane road.

The commercial bus driver, it was gathered, lost control when he faced the governor’s convoy on the narrow road and rammed into his convoy.