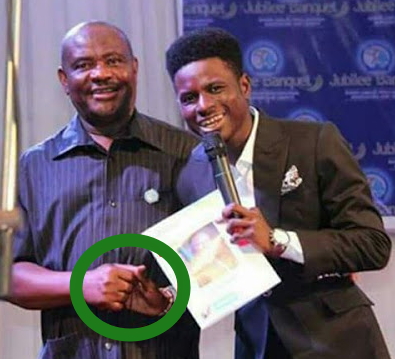 The Governor of Rivers state has been tagged a cultist after a photo of him handshaking a young man in a bizarre manner goes viral.

The above scene was captured at an event staged to mark Rivers State Golden Jubilee Anniversary.

Most Nigerians are now insinuating that Wike is into cultism especially in the wake of brutal cult wars happening all over the state since he took office.

He got in trouble when he accused peace loving Rotimi Amaechi of forming a new cult group to create insecurity in the state. 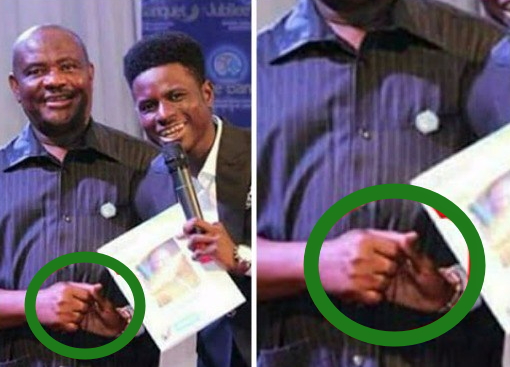 Which kind devilish handshake is this? This can’t be a mere coincidence.