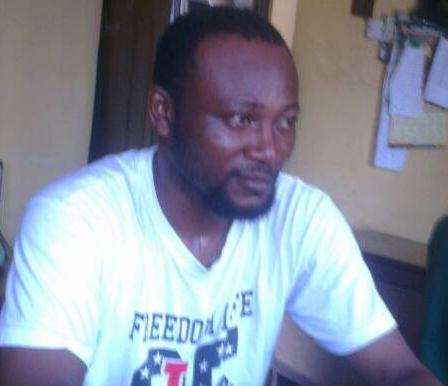 Mr Apeh Peterhot, the founder of Benue Amebo news has been arrested by police for allegedly duping one Philip Agbese of N2.2millon using a fake Facebook page he opened in one Queen Ann Ochoga’s name.

When police declared him wanted, he took to his heels but the pregnant woman surrendered to police and made a confessional statement that implicated the suspect.

After days on the run, he was arrested in Lagos yesterday following a tip off.

He is currently cooling off at Idimu Police station.