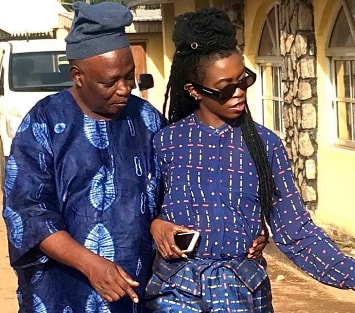 Fast rising Media expert, Grace Ladoja, the daughter of ex-Oyo Governor Rashidi Ladoja has reconciled with her father 27 years after they fell apart.

According to a photo she shared on the social media today, she said she forgave her father because he’s only human.

Here is a viral photo Grace shared to confirm their reunion. 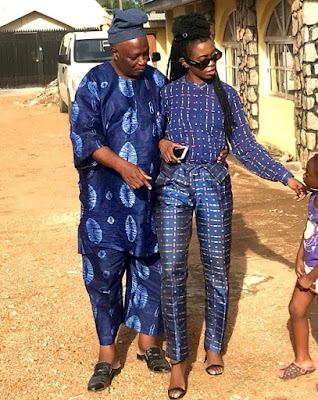 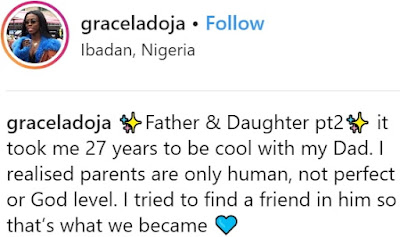 Grace who is currently making waves in the UK was among the 452 recipients of the Queen’s  Nwe Year’s Honours List.

She was awarded a Member of the British Empire for her services to music. 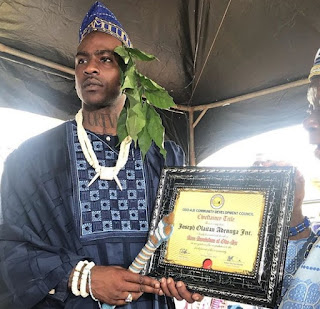