One of the tallest building recently completed in Lagos Island has been destroyed by a mystery fire that started around 5am on Monday morning on the first floor.

The popular 25-storey building that housed Mainstreet Bank is also the warehouse for many Lagos-based traders.

According to sources, tenants and traders who have merchandise stored in the building wept bitterly as fire destroyed the whole building located on Martins Street.

Commercial activities in the Balogun area of Lagos Island was paralysed by the raging fire that took is currently being put under control.

According to eye witnesses report, the fire that started on the 1st floor of Great Nigerian House building took over the 4th floor around 10:30am.

LASEMA (Lagos State Emergency Management Agency) officials were called in but the strength of the fire almost overpowered most of their equipments.

Around 11 am, the firemen were able to prevent the fire from spreading to plazas around the area.

Mr Rasak Fadipe, the director of Lagos State Fire Service, said that the fire service received a distress call around 6.34 a.m. that the building was on fire.

According to National Emergency Management Agency, NEMA’s spokesperson, the fire was still raging as at the time of this report.

Below are more photos from the scene of the fire 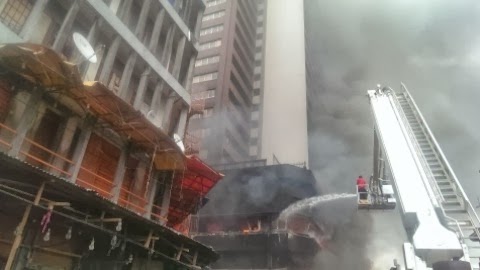 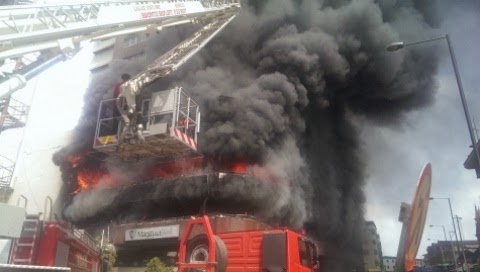 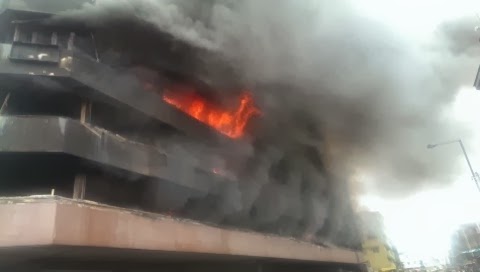 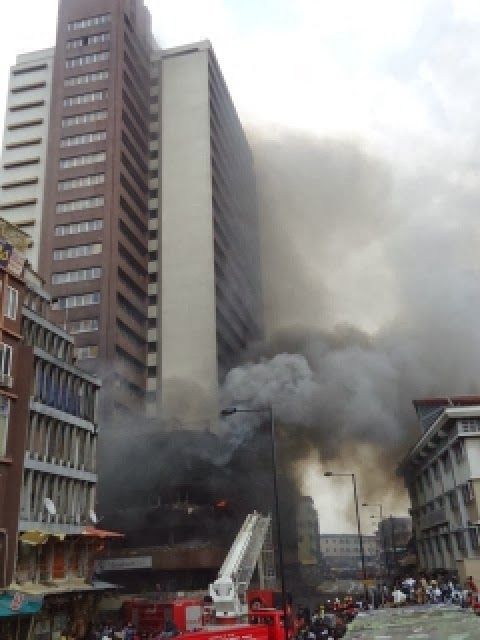 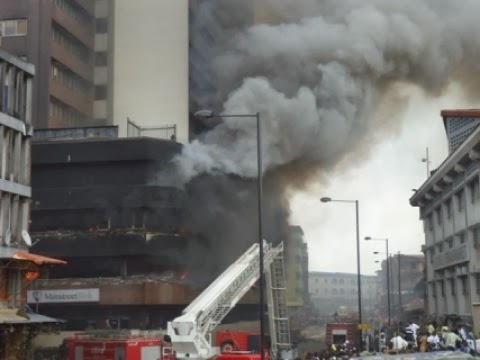 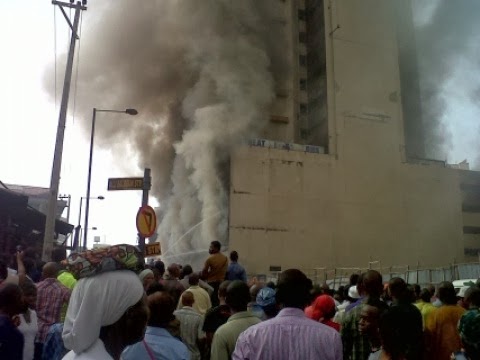