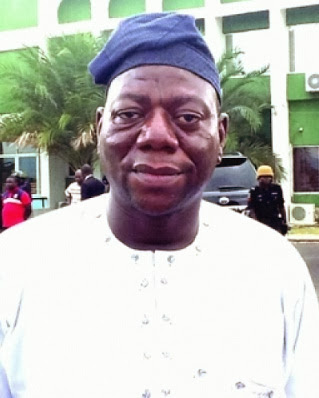 The honourable speaker of Taraba House Of Assembly Haruna Tsokwa has passed on to glory.

The embattled speaker died in the wee hours of Monday November 4th, 2013 at the Federal hospital in Jalingo after a brief stress related illness.

According to sources, since Governor Danbaba Danfulani Suntai returned from the United States of America few months ago, Haruna Tsokwa has been under severe stress that resulted in high blood pressure which eventually killed him today.

Insiders claim Tsokwa’s health deteriorated 3 days ago and was rushed to the Federal hospital where he eventually passed on.

Haruna Tsokwa who is against Suntai’s return to power escaped an assassination attempt on his life while traveling from Obudu in Cross Rivers state to Abuja about one month ago.

His convoy was attacked by some gunmen suspected to be hired killers.

Haruna Tsokwa’s death has shocked many Tarabans who had heaved a sigh of relief following his election as speaker of the Assembly in August.

The state Acting Governor, Alhaji Garuba Umar, who is on official assignment to Abuja, Nigeria’s capital, had to cut short his engagement and was already on his way back to Jalingo at the time of this report.

As at the time of this report, politicians, members of the state House of Assembly and sympathisers numbering over 1,000 were at the Federal Medical Centre, Jalingo, where he died this morning.