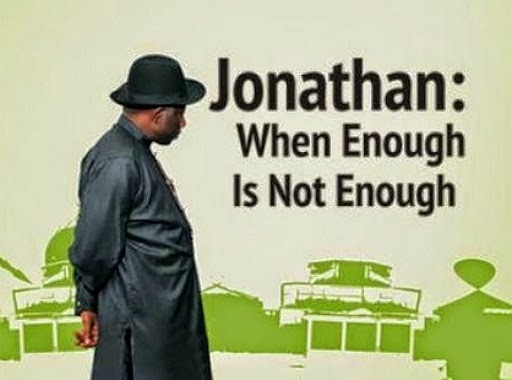 The acclaimed recapture of Gwoza, Boko Haram’s stronghold on the eve of the presidential elections is text from another open page of a horror story book that has for too long remained in narration. But this book is one that we all have read and that ends with the “hanging” of the tyrant king.

The 6-week electioneering war with the defense Headquarters claiming to have now “captured” “Gwoza, The Terrorists Phantom Caliphate Headquarters,” on the last day of the sixth week is another page from that dreary book. [Assuming the claim is true as the Nigerian military has been caught lying on several occasions, most notably when they claimed they had freed all but eight abducted Chibok girls last April]

Nigeria’s president, Mr. Goodluck Jonathan on Wednesday accurately predicted that on Friday, today, the eve of the election, Nigeria will recapture Gwoza. If the military’s claim is true then this accurate calibration of the battle for Gwoza by Jonathan, together with the above mentioned precise estimation that six weeks will be all it will take to recapture major territories from Boko Haram, are together other pages from the world’s most painful real life series.

Nigerians are on a blood-ride. We have been made the actors of a real horror movie that the entire world has been watching. We have witnessed the unthinkable. So indeed our president permitted Boko Haram terror with the deaths of tens of thousands and did next to nothing while knowing (as we often insisted) that it can take just six weeks to expel the terrorists from captured territories? So Goodluck Jonathan and his army chiefs supervised Boko Haram’s displacing of over 3 million Nigerians when Nigeria’s army, its Civilian-JTF or ‘Ibn Fadlallah’ Civilian Vigilante forces, hired mercenaries or Chadians could each easily sack Boko Haram from occupied territories in just six weeks?

This government has killed us. Nigeria should not be discussing an election right now but rather this ballot should be to determine what gallow equipment should be used on this president and his appointees, guilty of murdering hundreds of our fine soldiers and tens of thousands of defenseless civilians.

Goodluck Ebele Jonathan is guilty of one of the worst pogroms in global history.

By Dr. Peregrino Brimah, ENDS[Every Nigerian Must Do Something]