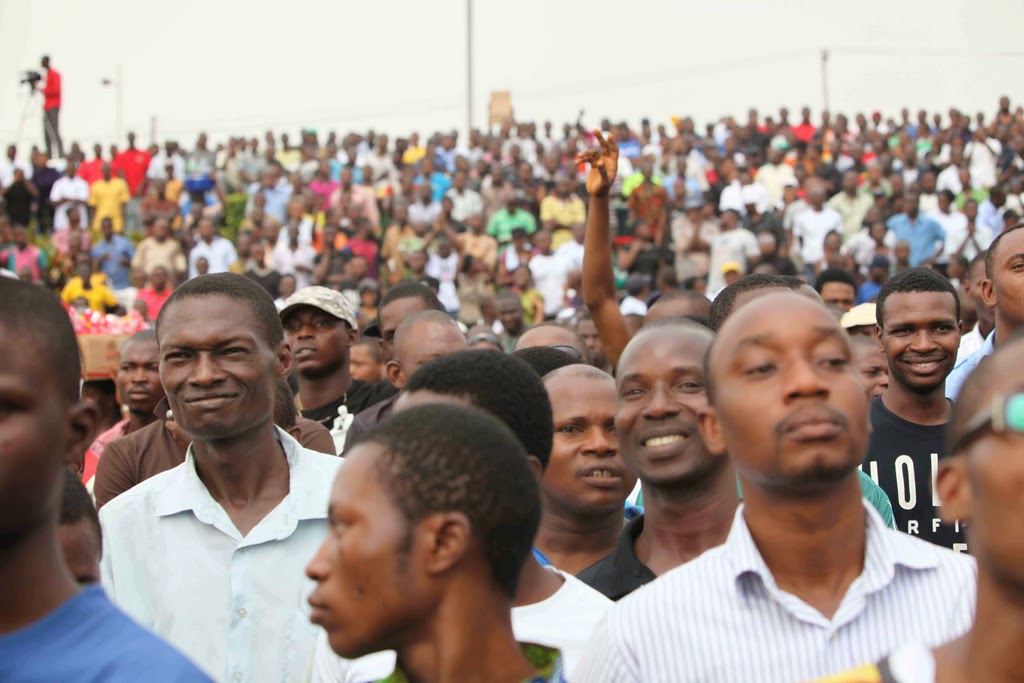 We are in an interesting season in the history of our nation. The past three months have been unprecedented by many standards. Daily, we are inundated with news of Change, Transformation and Moving Forward. Accusations, counter-accusations, allegations, counter-allegations, and law suits are not in short supply this season. They come in droves.

The #BringBackOurGirls fervour seems to have been remarkably doused by the activities around this electioneering season. Salute to those still fanning the embers of that campaign which would have been put out, but for their resolute stance. Politicians who had (and still have) questions to answer have momentarily ceased to be seen in that light and are now celebrated as heroes.

Friends have become foes. Foes have become friends. Dictators have turned democrats. Democrats have turned dictators to remain in power. Strange bed fellows are seen smiling and “uniting” towards the same cause. Just as I am penning this piece, the news breaks that the Deputy Governor of Ondo State (an erstwhile PDP member) just defected to APC. This is coming only a few days after his Rivers State counterpart moved from APC to pitch his tent with the PDP.

It is such a unique and interesting season.

Though two presidential elections have taken place in Nigeria since Twitter and Facebook were founded (Twitter was founded on March 21, 2006; while Facebook was founded on February 4, 2004), many active users of these social media platforms have never in their lifetime had the opportunity of being part – as voters and commentators – of such a keenly contested Nigerian presidential election as this.

A study carried out by Olowu A.O and Seri F.O on: ”Social network addiction among youths in Nigeria” reveals that majority of social media users in the country fall within the age bracket of 16 to 44 years.

One easily deduced implication of this statistic is that, the 2015 elections will be greatly determined by the votes and activism of young people. Any politician or political party that disregards the votes of this demographic is doing so at its own peril.

Bearing in mind that the votes of the youth will go a long way in shaping the elections, it is important that we as young people elevate our thoughts beyond the mundane. Though youths, we can begin to think like statesmen. While some, including our not-so-young politicians and voters, think about the next election, statesmen think about the next generation.

Youths must understand that this election is about the future. It is about the future of Nigeria. We must not allow politicians to cast wool over our eyes. We must be bold enough to ask the contestants if this level of engagement with the youths will continue after they are elected and show them the painful consequences of reneging on their promises after they have been elected into office.

In all, irrespective of our political affiliations, we should have a heart bigger than both the APC and PDP as we go to the polls. Though we may have our individual preferences, we must maintain a heartbeat like that of a statesman amidst the mud sliding going on in cyberspace.

If we truly want Change and Transformation in all spheres of life as a nation, we must choose to see the big picture and eschew petty politics, because it only leads to pettiness. It leads to a petty economy. It leads to the provision of petty solutions to the myriad of challenges facing our nation.

We can have a heart bigger than the APC and the PDP.

When we do, we will assess candidates based on their own merit, rather than be narrow-minded, basing our choice on tribe, ethnicity and religion.

The acrimonious run-up to this election will not sway the Nigerian youth whose heart is bigger than APC and PDP, from seeing the big picture. We will not be swayed by the waves of propaganda unleashed on the Nigerian people from both sides of the aisle.

Corruption allegations are hanging on several politicians in PDP and APC. Therefore, Nigerian youths should endeavour to vote CHARACTER and COMPETENCE; Vote for the INDIVIDUALS, not the POLITICAL PARTY.

The price of oil has continued to go south in the international market. And, an end seems not in sight to the downward slide. State governors owe workers’ salaries and cannot meet their obligations.

The end seems near for our mono-economy. And Nigeria will soon be funded by the Creative Economy which will be powered by the vibrancy of the Nigerian youths!

In the light of this revelation, the pertinent question to ask as we go to the polls therefore is, How large is my heart?

Samuel O. Adeyemi is a Lagos based Journalist.

He can be reached on: Samonsong@gmail.com