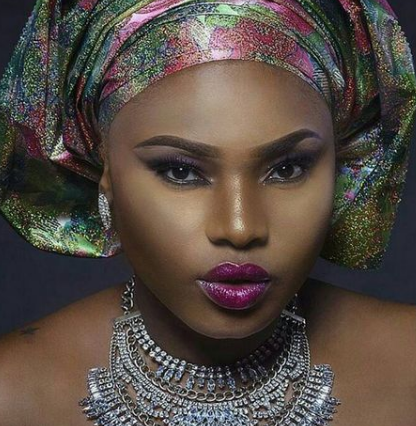 Nollywood drama Queen Halima Abubakar has distanced herself from the cancer scare battle a source close to her authoritatively disclosed to NG.

In a rather childish attempt to threaten freedom of speech, the actress took to her official IG page to call out NaijaGists.

Check out what she wrote on IG yesterday. 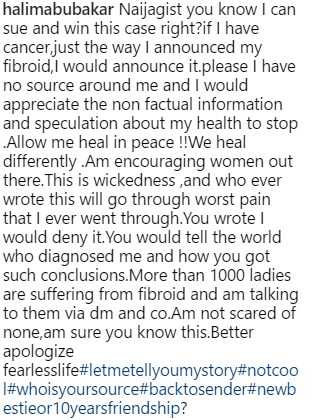 Let’s address some of her statement.

The ‘sekarimi’ actress also said she has been a longtime friend of absentee Nollywood actress Tonto Dikeh.

It is quite disgraceful for an experienced actress of her caliber to be addressing issues of this nature as if she’s a budding actress. Grow up girl!!!

Since no ‘bad belle’ was intended in our first article, no official apology will be tendered. #shikenah