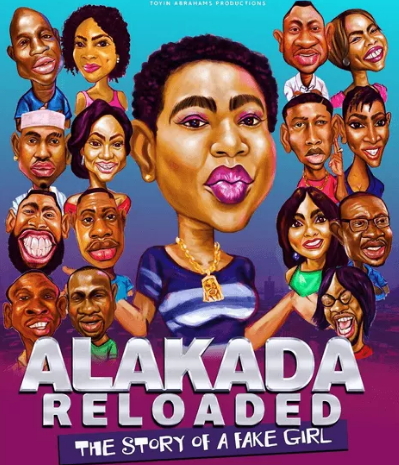 A new comedy movie produced by Toyin Aimakhu, Alakada Reloaded is set to finally hit the cinemas this Friday.

The comedy movie produced in conjunction with Film Service Media will be showing in cinemas across the country on the 26th of May 2017.

According to the producer, Toyin Abraham, “although Alakada Reloaded like the previous productions in the series follows the story of Yetunde Animashaun, however, this movie takes a different dimension from the others.”

The movie, she said, is not just extremely hilarious and entertaining, it cuts across all spheres of our lives and realities, from medical, personality, morals, family, social, political, economical to religious views and more.

Continue Reading
You may also like...
Related Topics:alakada reloaded