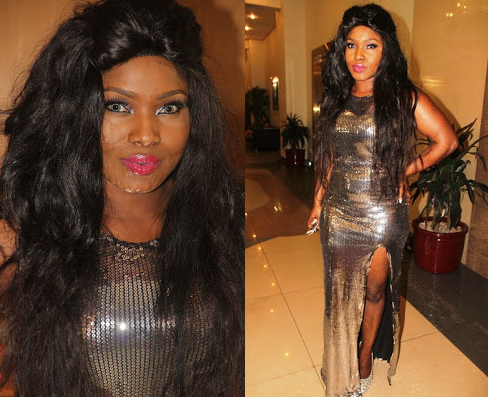 Just like her colleague, Laide Bakare who started her own record label two years back, Nollywood drama queen Halima Abubakar has ventured into the music industry.

The actress has also signed a new rapper, Yung Issy to her company.

Explaining the reason behind the move, Abubakar says, “I believe strongly in tapping and harnessing raw talents and that is why I am investing a lot into his craft.

He will also premiering his new single titled Fine Girl, which was produced by Chimbalin aka Mr. BigBeatz very soon.”

She says that her artiste, whose real name is Issa Abubakar, is a graduate of Business Administration at the Kwara State Polytechnic, Ilorin.

On his style of music, she says, “He does rap music synchronised into R and B with a bit of hip-hop. He also fused classical and local lyrics to create a different style of music. He is also prepared to release the album in a couple of weeks,

“He has already recorded two singles to his credit, ‘Way 2 Success’ produced by Jamiu, ‘Drum Dealer’ and ‘Blow Mind’. They are presently enjoying massive playtime across the broadcast stations both online and on the local stations.”