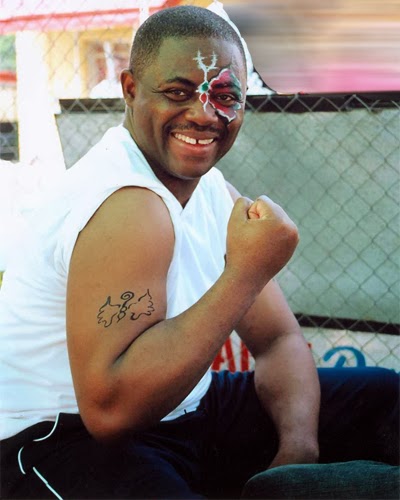 The controversial yet truthful politician was born David Oluwafemi Adewunmi Abdulateef on the 16 of October1960 in Lagos State Nigeria to the family of Chief Victor Babaremilekun Adetokunboh Fani-Kayode and Chief (Mrs) Adia Adunni Fani-Kayode.

According to his biographical data, Fani-Kayode was the Special Assistant (Public Affairs) to President Olusegun Obasanjo from July 2003 until June 2006. He was appointed the Minister of Culture and Tourism of the Federal Republic of Nigeria from 22 June to 7 November 2006 and as the Minister of Aviation from 7 November 2006 to 29 May 2007

His third marriage is with Mrs Regina Patience Amonoo. The couple married in 1997 and have a daughter named Oluwaremilekun together.
His previous marriages produced 4 children.

Few hours ago, the notable figure took to his Twitter page to thank God for adding another year to his successful years on earth.

“Today I am 53. I give thanks to God for His blessings, His faithfulness and His mercy. What a mighty God we serve!” – FFK said in a tweet