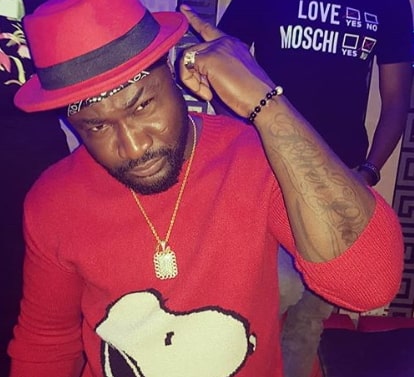 Popular Nigerian musician Harrison Okiri aka Harrysong is at the end of his rope.

The singer who left a suicide note on his social media page yesterday has been placed on suicide watch.

According to an entertainment source, Harrysong is battling heart break among many others spiritual issues that can’t be disclosed on the pages of newspaper.

The source said his US-based lover who happens to be a medical doctor is threatening to leave the singer after some unpleasant romance news.

The source who is also an entertainer said although Harrison is battling depression, his suicide note should not be taken seriously as he may be using that  to make his girlfriend have a change of heart.

Another issue the source raised is that the singer has been restless in the past 3 weeks.

“People like Harry live long because the more you talk about dying, the more the angel of death move away. He understands the game. It is part of a ritual to help him live a little longer. It is only Harry that knows the amount of years he signed to live.” – the source added

When NG further asked the source to explain the last statement, he told us to go figure it out.