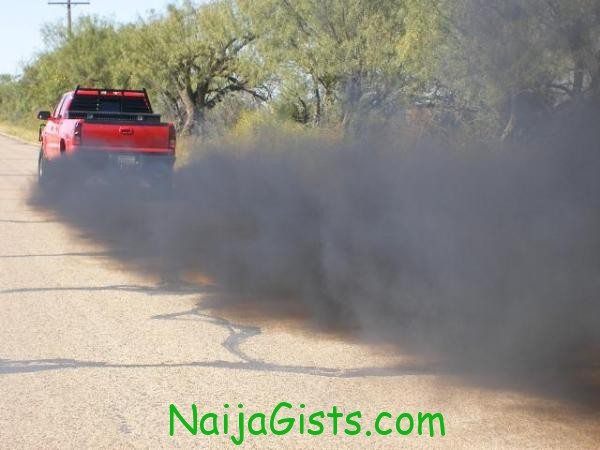 According to a recent announcement made by The World Health Organization, WHO on Tuesday June 12th, 2012, excessive exposure to exhaust smokes from diesel engines must be avoided because it cause cancer. naijagists.com

A France-based International Agency for Research on Cancer (IARC), part of  the WHO, reclassified diesel exhausts from its group 2A of probable  carcinogens to its group 1 of substances that have definite links to  cancer.

The experts, who said their decision was unanimous and based on  “compelling” scientific evidence, urged people worldwide to reduce their  exposure to diesel fumes as much as possible.

In conclusion, the exhausts from diesel engine were definitely a cause of lung cancer and may also cause bladder tumour.

This shocking precautionary decision was the result of a week-long meeting of independent  experts who assessed the latest scientific evidence on the  cancer-causing potential of diesel and gasoline exhausts.

Diesel exhaust fumes have been placed in the same risk category as a number of  other noxious substances including asbestos, arsenic, mustard gas, alcohol and tobacco.

Beware of excessive exposure to any kind of smoke.

Prevention is better than cure!

Continue Reading
You may also like...
Related Topics:Cancer, diesel, exhaust, fumes, smoke, WHO