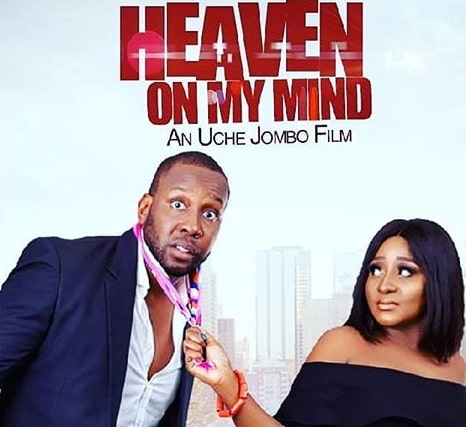 Uche Jombo who recently teamed up with Ini Edo has debunked claims that their new joint-movie, ‘Heaven On My Mind’ is a Christian movie.

The actress said the movie set for a release on Friday the 7th of December 2018 is based on a true life story.

“I keep hearing this over and over from people saying that the movie is a Christian film and I know why that is. It is because of the title but you only need to see the film to realize that it had nothing on Christianity or any religion. It is simply a human story. The idea for the movie came from a real life story I heard which was corroborated from another source and we had to invite someone who had similar experience. That was how we developed the story and the script. For me, it is more about human stories. I love to make stories I can feel and others can as well. So, to clear the doubt, Heaven On My Mind is not a Christian film but a human story”. – she told Pot Pourri

Watch the official trailer of the movie below

Continue Reading
You may also like...
Related Topics:heaven on my mind, movie

Rita Dominic Calls Off Wedding, Breaks Up With Fiance At Last Minute..Reveals Why She Changed Her Mind
Nigerian Actor Joseph Benjamin Features In Oprah Winfrey OWN TV Series ‘Greenleaf’