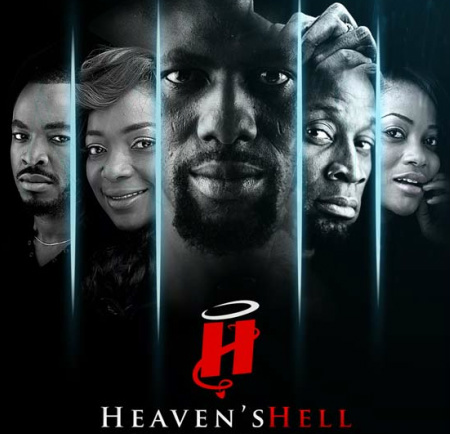 Domestic violence or abuse is an epidemic all over the world. Anyone can be affected regardless of age, gender or race. And whether physical or psychological, most victims tend to be women. Yet, the problem is often overlooked or denied.

Heaven’s Hell is a tragedy which helps to liberate people and inspire someone to get out of a bad relationship. The film, based on true story, tells a story of two best friends and their husbands. On the surface, their relationship seems unbreakable, filled with undiluted love and care but beneath is deceit, betrayal, darkness and death.

Fabian Adeoye (Edward) suffers violence trauma in his childhood. When he becomes an adult, he tends to bring out this abuse in his marital life. He finds beating a natural thing to do. This led to the death of his first wife abroad. He returns to Nigeria with a different name and marries Nse Ikpe Etim (Alice). Their relationship is healthy until their wedding night when a twisted fate begins for Alice. Who would have known that Edward is just a monster in human apparel?

I am highly impressed with the actors for playing their roles well, especially Nse Ikpe Etim and Bimbo Akintola. They stood with each other through thick and thin as it is expected of good friendship. Well, I’ve known them to always put on a good performance. Also, the violence scene where Nse stabs Fabian and the firing squad felt so real that it keeps the viewers’ eyes glued to the action. And for the downsides, the movie subtitle wasn’t good enough as some words were misspelt.

It is educational morally as it seeks to discourage domestic violence in the society. I must say a big kudos to the producer of this movie for it opens up a conversation to the viewers and teaches morals. And unlike some movies with flat storylines, ‘Heaven’s Hell’ is full of suspense and tension.