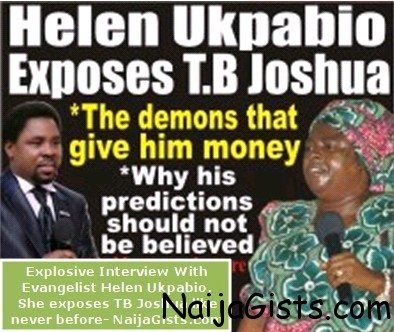 Helen Ukpabio said demons made TB Joshua wealthy. She further stated his predictions shouldn’t be believed because they’re not real.

To those who do not know her, Lady Evangelist Helen Ukpabio is the founder of Liberty Gospel Ministries based in Calabar.

Stay in touch with NaijaGists.com as we bring you the detail story from Sept 17 edition of Yes magazine.