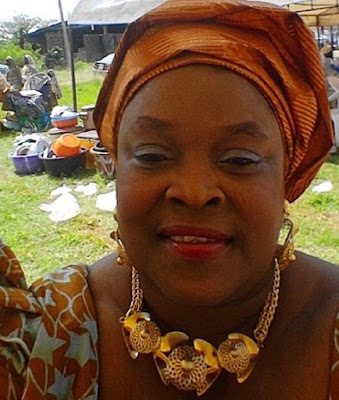 Jide Kosoko Didn’t Do Proper Marriage Rite For Our Daughter, That Is Why We Demanded For Her Corpse – Family Of Late Henrietta Kosoko

The family of late Nollywood actress Henrietta Kosoko has cancelled her burial ceremony.

This was made known during her wake keep vigil tonight in Ikeja Lagos.

According to the official announcement made by her family tonight, the deceased was not properly married to Jide Kosoko, that’s why they demanded for her remains to be returned to Delta State.

Her corpse is expected to leave for Delta State tomorrow for burial.

Many of her colleagues supported this idea because the deceased was abandoned by her husband to the point of death.

Jide Kosoko confirmed this in an interview he granted shortly after Henrietta’s death.

The actor said he heard about the death of his wife on the social media.

May Henrietta’s soul rest in peace.