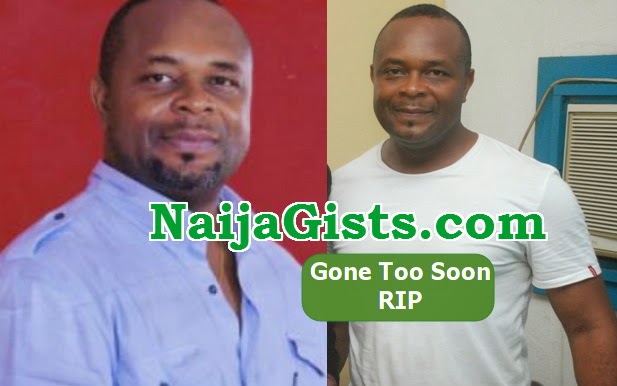 The Ndigbo community in Lagos has lost an icon. A Popular business mogul from Imo State, Mr Henry Okechukwu Dimoji widely called Okey Dimoji has passed on to glory.

According to family sources, he attended a wake keeping ceremony with his wife on Wednesday and passed a night at a hotel in Festac.

In the morning, the couple were heading to their home in Maryland  Estate but on getting to Mile 2, they met a group of policemen who mounted an illegal roadblock to collect their usual Egunje (bribe).

They stopped Mr Dimoji and ordered him to come out of his car but the deceased begged them to allow him park properly instead of staying in the middle of the road.

One of the policemen reportedly brought out a gun and threatened to shoot the deceased if tried to move the car.

The now late businessmen then yielded to their command and stepped out of the car to open his booth.

While walking down towards the booth, a speeding fuel tanker hit him on the thigh and dragged him along the road.

On spotting what happened, the policemen took to their heels as his wife, Linda shouted for help.

Family sources said a good Samarithan and the truck driver carried the deceased to the hospital where he was pronounced dead.

2 of the 4 policemen who mounted the illegal road block were arrested after the wife of the deceased reported them at a nearby police station. The two others are still at large.

Members of Okey Dimoji family from Enugu and Imo states were also said to be in the house while his kids, 13-year-old Wesley and 11-year-old Bryan (11) are said to have been relocated to a neighbors’ apartment with no one ready to tell them that their father is late. His aged mother living in Enugu is equally said to be shrouded from the death of her son.

Aged 48, Okey Dimoji is survived by 2 children, a wife and mother.