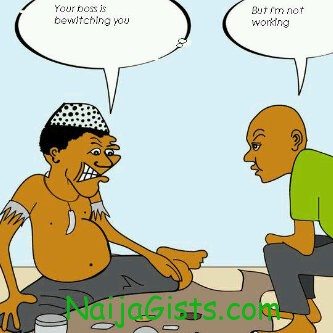 An Herbalist by the name of Amechi Nnaji, 32, was arrested in Lagos at the Ebute Meta Chief Magistrates’ Court for allegedly defrauding a victim of 3.6 million Naira.

The accused is facing a two-count charge of stealing and fraud before Chief Magistrate Oyindamola Ogala. The prosecutor, Eshiet Eshiet, said that the accused committed the alleged fraud on July 15 at Ladipo area of Mushin local government area. Eshiet said that the accused obtained the sum from one Onyinye Eze, under false pretence, promising to bring her husband back to Nigeria through spiritual means. naijagists.com

He said that the alleged offense was punishable under Section 516 and 419, Criminal Code, Laws of Lagos State 2003. The accused pleaded not guilty and was granted bail in the sum of N500,000 with two sureties in like sum. The case was adjourned till December 20 for further hearing (vanguard)