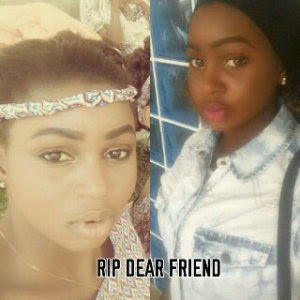 DSS Operatives in Osun have arrested a native doctor identified as Jelili Ifa who reportedly masterminded the murder of a final year student of Osun State University.

The deceased Adebisi Rofiat Damilola was murdered few weeks ago when a commercial bus driver Elijah Oyebode used juju to lure her from UNIOSUN campus in Ipetu Ijesa into the house of Jelili in Ikirun .

Here is what the bus driver who acted as Jelili’s accomplice told the Men of the Department of State Security Services. 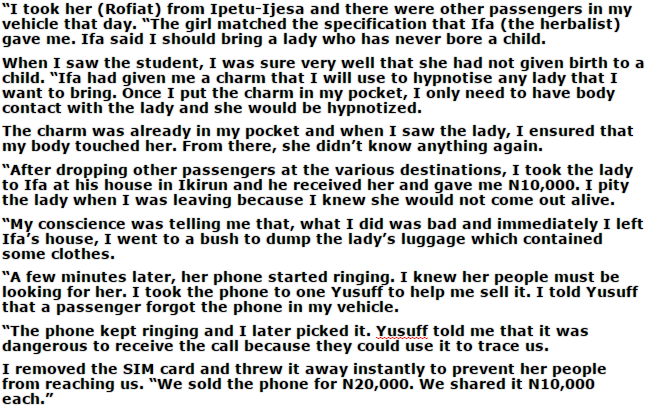 The body of the deceased student was dumped at Iragbiji in Boripe LGA of Osun state late last year.

The suspects are currently being interrogated at the agency’s office in Osogbo.