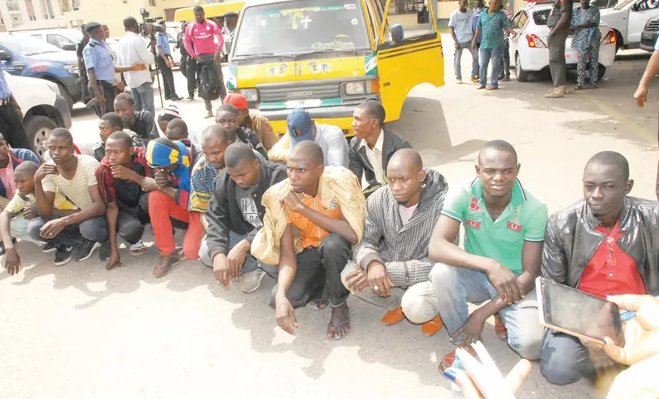 The men were nabbed on the 10th and 11th of January while waiting for vehicles to bring them into Nigeria around midnight.

According to Owoseni, the immigrants are from Niger Republic, Burkina Faso, Benin Republic and Togo.

They claimed to be heading to Gabon in search of greener pastures. Their arrest came 72 hours after the DSS arrested 4 fleeing Boko Haram suspects at Oko Oba area of Lagos.