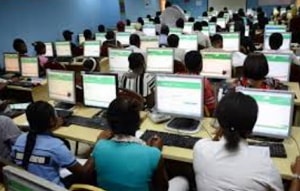 Education they say is the bedrock of development. No society can truly be liberated or developed without quality education, therefore this issue is an important one to consider. In this article, we will look at how education came about, how it has been over the years and its state right now, examining the problems facing it and possible solutions.

Brief history of education in Nigeria

Education or western or formal education started in 1842 at the primary level mainly by Christian missionary organisations like Chord Missionary Society, the Wesleyan Methodist and the Catholics. Secondary education only started in 1859 with CMS Grammar School in Lagos which was the first secondary school ever. Although the reason behind delay of secondary education is not known, there are speculations that the missionaries considered it a threat as secondary education could enlighten the people to the extent of demanding independence. Surprisingly, the British colonial government could not interfere with the education system at that time because of political and financial restraints.

However in 1872, the first intervention in the education system by the British colonial government started with donations to the missionary societies to support education. A document known as Education Ordinance was brought by the colonial government in 1882 with the intention of taking over the education system from the missionaries. It was the first pronouncement of the government in Nigeria’s education and schools were then divided into private and government schools, the former being fully funded through public funds while the latter was given small tokens from public funds. It was difficult to implement the 1882 education ordinance in Nigeria because the curriculum, method and medium of communication was too strange for a Nigerian child.

This led to the failure of the ordinance and the provision of another ordinance in 1887. The 1887 ordinance then became the first effective effort by the colonial government to aid education in the country although only Lagos metropolises were covered at the time. More foreign teachers were employed and more schools established by the colonial governments and financial aid was provided to missions, voluntary organisations and individuals to build schools. The then Governor General of Nigeria, Lord Fredrick Lugard set up some new ideas following the amalgamation which formed a major part of the 1916 ordinance which came into existence on 21st December, 1916 which was able to cover the entire country. Until that time, the northerners had fought against western education and would not allow it into their territories be it from the colonial government or missionaries.

Lord Lugard’s meeting with leaders of the North to assure them that western education would not affect the Islamic tradition was what led to the furtherance of schools into the north. 73 years after the first secondary school was established in Nigeria, the first tertiary institution, the Yaba Higher College, was established in 1932 but commenced academic activities in 1934 followed by the University College Ibadan in 1948 which started with 104 students. More universities were created and by 1962, there were 5 Universities in Nigeria and between the 1970’s and 80’s, there were many higher institutions in Nigeria already. According to statistics, the number of pupils that enrolled in primary schools was about 12 million, 1.2 million in secondary schools and 240,000 at the University level.

The State Of Education In Nigeria today

Nigerian graduates do not graduate with any skills that make them relevant in the labour market and so unemployment is on the increase unlike before that graduates could actually do things with their acquired knowledge.

Population increase has made the number of higher institutions to be insufficient for the teeming youths and so there is so much pressure on both staff and students to keep the system going. This has led to a compromise on the standard of education as our degrees are no longer as potent as they used to be.

What needs to be done

Secondly, the curriculum particularly at the tertiary level must be reviewed to make it relevant for sustenance of graduates after their studies. Most of the courses in tertiary institutions are either outdated or with little or no practical application. We must review the curriculum to enable our graduates to get jobs after graduation and to empower them to establish on their own as entrepreneurs.

Some of the teachers even at the primary level are barely qualified to teach and this is also a major problem. Teachers at all levels must be trained and retrained to be able to keep up with the changing trends of education at the international level. Neighbouring countries such as Ghana are ahead of us in education not because we cannot be better but because adequate attention has not been given to the sector. Politics has taken over the system so qualified teachers are not employed to teach if they don’t have ‘god fathers’ who are mostly politicians.

Admission is also influenced by politicians instead of a fair selection system that ensures only the best are selected to get to higher institutions of learning. The working conditions of staff also needs to be improved to encourage them to continue in the system. Good teachers have abandoned the education system for politics or business because of the poor condition of work majorly their earnings. By improving the salary package of teachers, they will be encouraged to continue working hard to see that Nigerian education is revitalized.

However, this is not the case because Nigerians believe government properties should not be taken care of.

Politicians who embezzle funds meant for the education sector actually send their children to private institutions from the primary to tertiary level suggesting that they know how bad this sector is.

This is the history of education in the country. If you are reading this, you should do whatever is in your power to help this system to become the education system that was started and sustained by our forefathers so that the future of our children can be improved because their quality of education will determine their importance in the society.