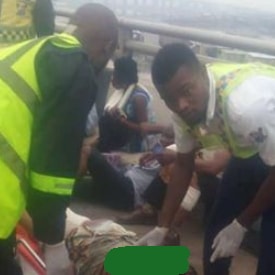 Commercial, Danfo Bus Rolled Over On Third Mainland Bridge This Morning, 24 Saved From Falling Into Lagoon By Crash Barrier

Twenty four lucky people were rescued this morning following a tragic incident that happened on the dreaded Third Mainland Bridge early this morning.

According to eyewitnesses, a bus taking 22 passenger (24 with driver and conductor) towards the Island lost one of its tyres on high speed and tumbled.

The passengers were prevented from plunging into the Lagos by the crash barrier on the side of the road.

Although the passengers sustained serious injuries, none of them died.

The Volkswagen bus involved in the accident that happened around 6:30am has been towed away from the crash scene. 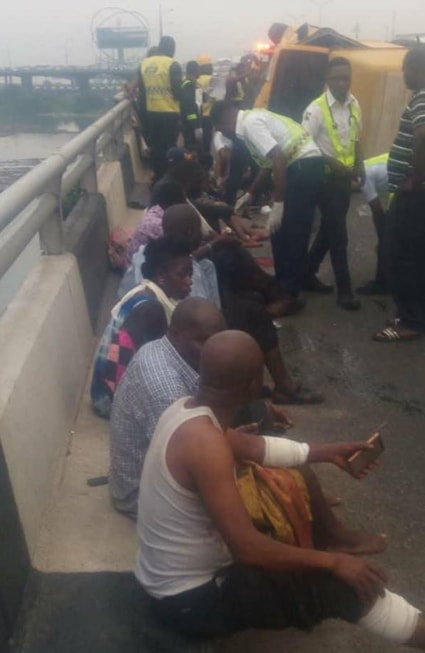