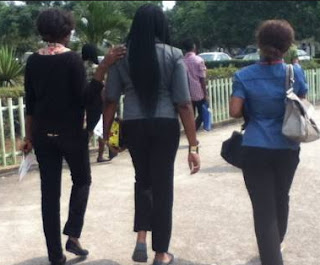 A man from Ireland man (name withheld by request) has been arrested for allegedly infecting Lagos run babes with the dreaded HIV virus.

According to our source, the suspect who came into Nigeria in January was arrested following multiple reports about his sexapades and how he has intentionally infected many girls in Lagos and Ogun states with the sexually transmitted disease.

His victims were said to be unaware of his HIV status until recently when he confessed to one of them.

The suspect who pleaded with the police to hide his identity was charged to court today.

His case was adjourned till Friday November 11th 2016 as police expect more victims to come forward.

The police source who disclosed this to NaijaGists.com said the true identity of the suspect will be made public before the next arraignment.

HIV is now ranked #2 killer disease in Nigeria after Malaria.