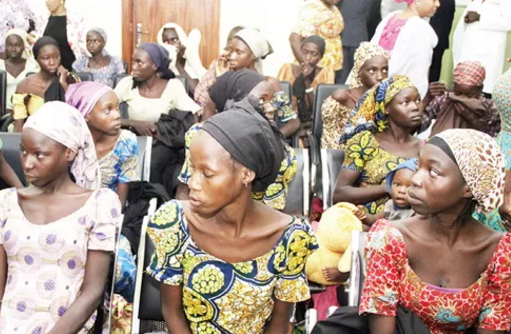 A top military source said the Nigerian FG freed some top Boko Haram commanders for the 21 Chibok girls, who were released by the insurgents at Banki, a border town between Nigeria and Cameroon.

The released girls were among the over 200 schoolgirls, who were kidnapped by Boko Haram terrorists from the Government Secondary School, Chibok, Borno State, on April 14, 2014.

Most of the girls wept profusely when Vice-President Yemi Osinbajo met them on Thursday at the Abuja headquarters of the Department of State Services after the girls’ arrival in the Federal Capital Territory.

The 21 girls were released after 913 days in captivity.

A security source said five Boko Haram commanders were released in exchange for the 21 Chibok girls.

“Five top commanders of the Boko Haram were traded for the released Chibok girls.

“Those released are not among those earlier released by the military in the North-East on October 1, 2016. These ones are confirmed Boko Haram commanders, who have been in the custody of the DSS.” The source, who spoke to The PUNCH on Thursday, said the 21 girls were discovered by troops of the 21 Brigade of the Nigerian Army, which supervises the military units in Banki, Borno State, while they were filing out of the forest.

“I think it was a planned operation which involved the DSS. The released Boko Haram commanders were not in the custody of the military,” the source added.

The source explained that the insurgents released the girls and left them to wander into an area where they could be sighted by people and security personnel in the area.

“The girls were released in the forest at Banki. Obviously, the abductors took them close to where they could be sighted and gave them direction and left them,” he stated.