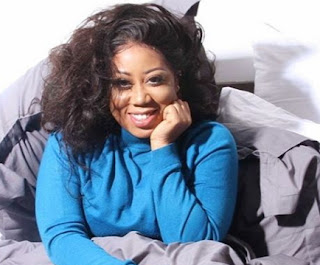 Celebrities love making resolutions, some make theirs openly while some make the declarations in their hearts only show the world the results.

As for actress Moyo Lawal, she has decided to let us in to some little secrets and her decisions for the new year 2018.

The greatest resolution made by the actress is to keep waiting for the love of her life no matter how long it takes, she however expects ‘him’ to show up this year and make her happy.

Today, Moyo Lawal revealed that she spent the last year sleeping alone most of the time all because she is waiting for ‘The one’. 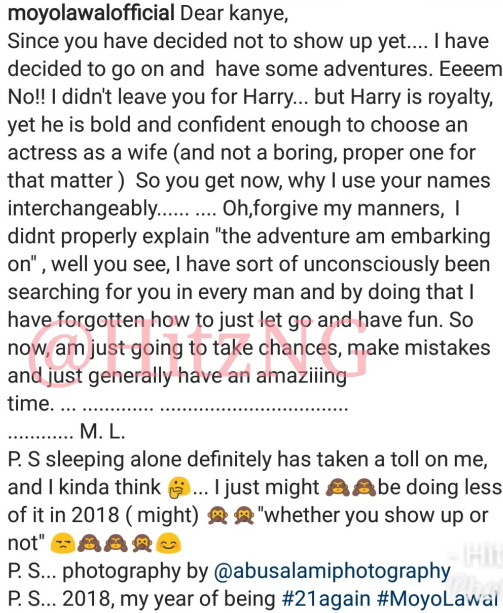 Well, that is about to change! Whether or not Mr Right shows up, Moyo Lawal has decided not to sleep alone so much this year.
Whatever that means…

We just hope she would be sleeping alone the night Mr Right finally decided to make his gallant appearance.