A 43-yr-old man identified as Bratislay Stojanovic from Serbia has found a permanent abode in a grave after he lost all his money to debt.

The homeless man is now living in a tomb that housed the remains of a family who passed away over 100 years ago.

According to sources, Bratislay has lived in the above cemetery for over 15 years.

“It is dry and it is warm. I have some lamps and my personal possessions. It isn’t a palace but it is more comfortable than the street.” – He said

He spent over 10 years on the streets before finding a permanent abode in the grave. 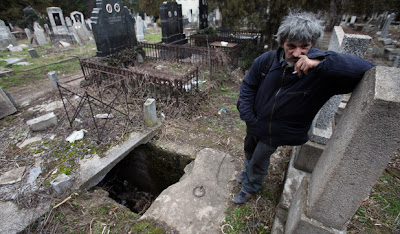 Bratislay further said: “People are very kind to me, they sometimes bring me food or clothes. 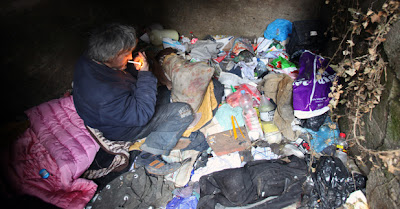 “It doesn’t frighten me to sleep in a grave. The dead are dead. I’m more frightened of being hungry.

“And if I die in the night, at least I’m in the right place.”

The owner of the cemetery plans to not disturb him if he behaves himself.