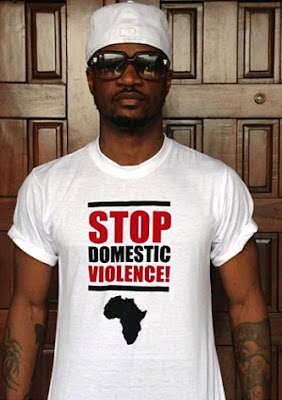 Lola Omotayo’s boyfriend, Peter Okoye of P-Square is seriously against the issue of domestic violence in Africa.

The father of two beautiful kids recently tweeted the above picture making his stance on domestic violence boldly clear.

With the above picture, Peter Okoye wrote:

“I pray every day that no victim of domestic violence ever struggles alone in Africa #stopdomesticviolence.”

Let’s campaign against domestic violence not only in Africa but wherever we find ourselves.

Wizkid And Banky W In Supremacy Fight: “I Made You Who You Are Today”
Homeless Man Moves Into Grave “If I Die In The Night, At Least I’m In The Right Place”