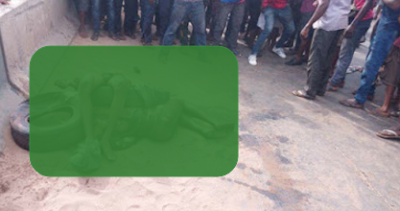 We gathered that about 30 young men said to be cultists armed with guns, axes and other deadly weapons invaded the streets of Calabar South in broad daylight, attacking and robbing helpless residents.

Police officers were immediately deployed to the place after residents placed a distress call.

They were confronted by policemen and a shootout followed. Some sustained injuries and some escaped. Five were arrested while two others were burned to death.

A resident who witnessed the unfortunate incident said: