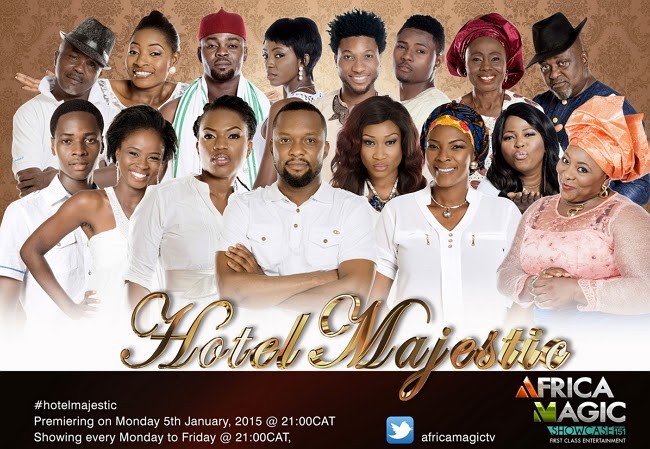 Hotel Majestic focuses on the Emeni family as they fight one another and the outside world to protect a hotel that has been in their family for decades. The Hotel, which is situated in a beautiful riverside community in Nigeria, has been in the family since the late 1800’s and is currently run by two great-great grandchildren of the original owner.

Wangi Mba-Uzoukwu, Regional Director, M-Net (West), said: “Hotel Majestic is yet another addition to the exciting content line up on Africa Magic. This new and exciting telenovella features afresh storyline and the cast, an impressive mix of established and up and coming names in Nollywood, brings to life all the intrigue, suspense, ambition, betrayal and love that make it a must watch.”
Watch the teaser below: