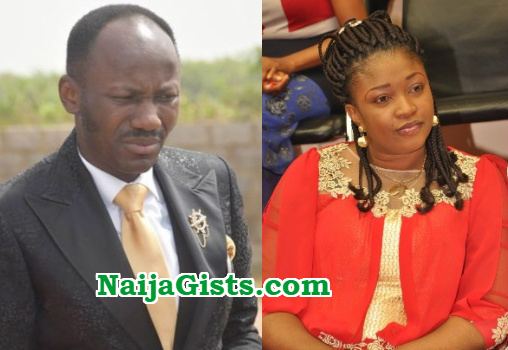 March 13, 2017 – Apostle Johnson Suleiman Used Me For Sacrifice After I Broke Up Sexual Affairs With Him – Another Sex Abuse Victim Speaks Up

Less than a week after Canada based Stephanie Otobo exposed her sexual affairs with Omega Fireman, Johnson Suleman, another lady has spoken up.

The lady who claimed to have volunteered as an Usher in one of Suleman’s church branches in Edo state said she approached Suleman for solution to a spiritual problem in 2013 but in August of that same year, he lured her into a sexual relationship in a bit to solve her problem. She reportedly broke up with him when her problem worsened. 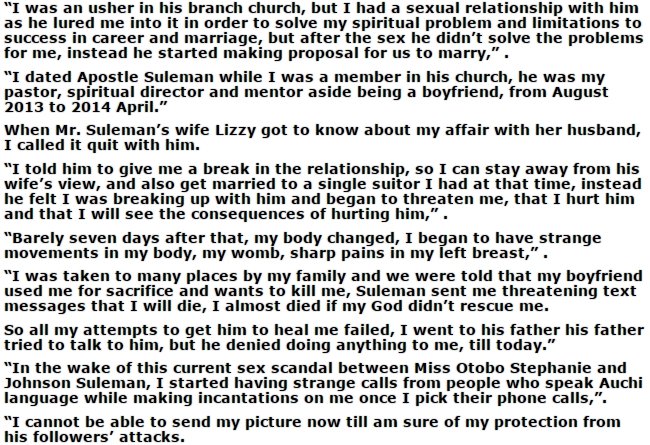