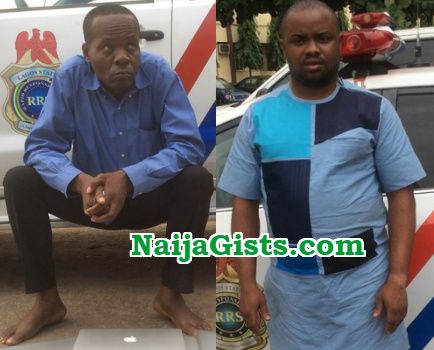 The suspects, Ikemefuna Aje, 47, a computer dealer and Prince Agabi Okanu, 34, an ex – hospitality worker nursing the ambition of becoming an oil dealer.

Ikemefuna had engaged scouts to furnish him regularly with information on conferences/seminars anywhere in Lagos.

What he did was to go there, pretend to be participant and steal laptops and mobile phones of real participants, then stealthily walk away.

Ikemefuna had in one of his exploits stole 5 Mac Books and an HP computer at a seminar designed for online brand managers in a popular hotel in Ikeja GRA. 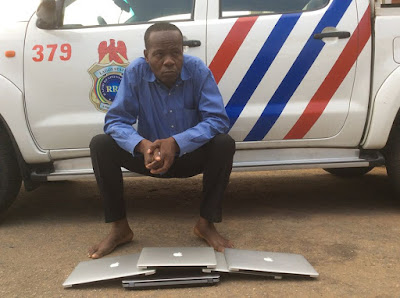 On Wednesday, after this undignified source of livelihood, he was traced to his house at 5, Tony Street, Ejigbo, where RRS officials met about 34 of his church members in a house fellow. 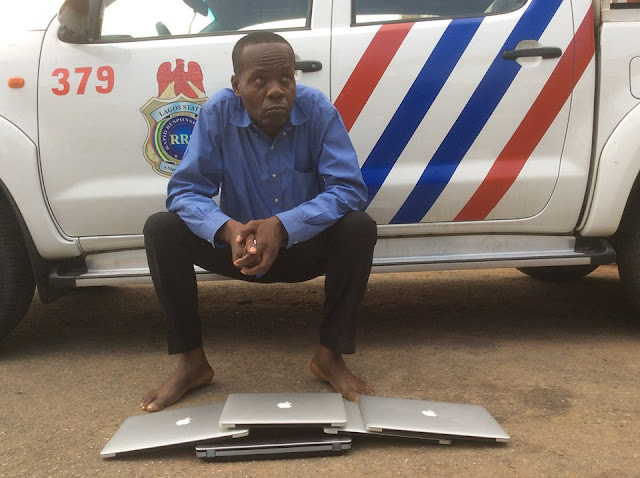 Recovered in his house were a 4Runner Toyota with the registration No. KRD 701 DC, used for the operation, a master key, Zinox laptop, several computer bags, computer and tablet accessories as well as seminar materials and a sum of N700, 000:00.

Ikemefuna, thereafter confessed to the crime before leading detectives to Computer Village, where he sold 5 Mac Books and an HP Computer for N1, 110,000:00.

All the 5 Mac Books and an HP Computer have been recovered.

For Prince Okanu, he was always disguising as a dignitary to state organised events in an attempt to steal from guests. 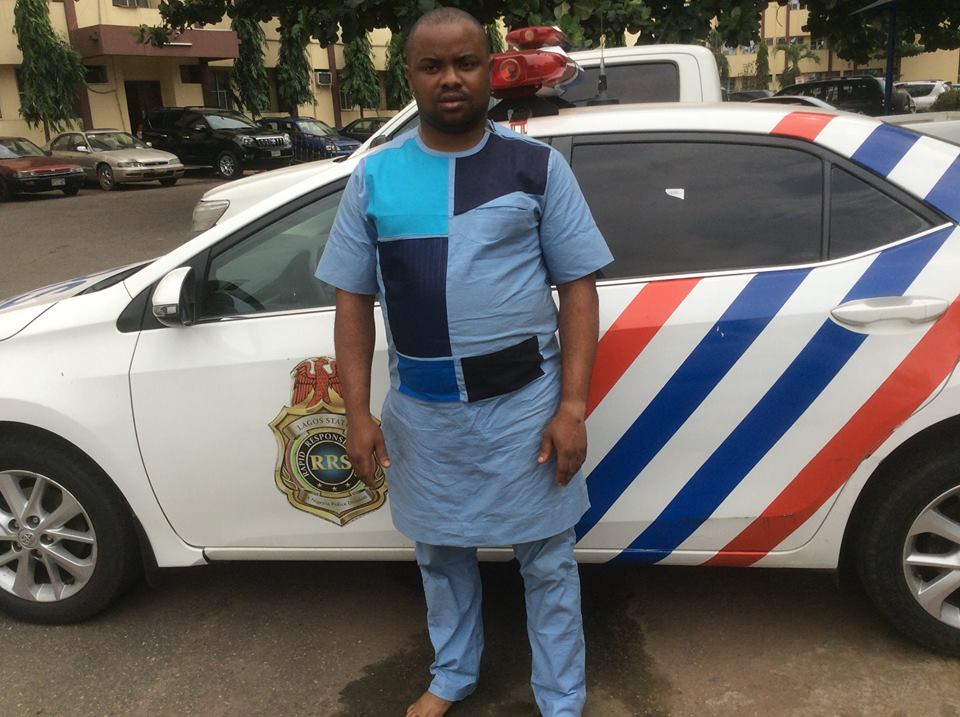 Through such means, Prince Okanu stole a Mac Book and an iphone belonging to an Oxford Professor, who was invited to Nigeria as facilitator in an entrepreneurial programme designed for youth.

On Tuesday, while Vice President Osinbajo was performing the ground breaking ceremony for Lagos – Ibadan Railway Project, our Prince Okanu was there, seated behind Ministers and other dignitaries. 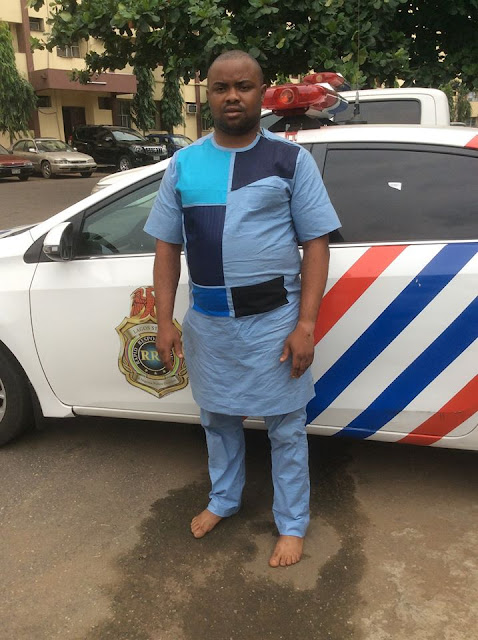 He was speaking with a Minister of the Federal Republic of Nigeria when he was invited out and promptly arrested.

Okanu, who just had his engagement ceremony, is telling the police more of his exploits.

The Mac Book, iphone and vital documents belonging to the Professor have been recovered.
He is helping RRS investigators to recover more of other items he stole through such means.