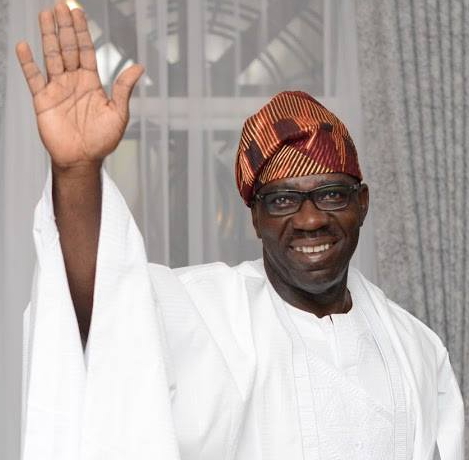 PDP ALMOST CRASHED AIR PEACE PLANE FROM ABUJA TO BENIN THINKING GODWIN OBASEKI was on board the plane.

Godwin Obaseki who came to Abuja for a brief meeting was billed to return to Benin City with some of the APC Governorship Aspirants who contested with him, among whom was Chief Blessing Agbomhere, two days ago.

PDP hearing this, they quickly chartered Arik Air so that Obaseki will not have any option but fly Air Peace which the PDP has set to crash after realizing Pst Osagie Ize Iyamu of the PDP is not a match for APC’s Godwin Obaseki as Edo people have decided to vote Godwin Obaseki, a professional, a technocrat and seasoned investment consultant who will use his experience and connection to rejuvenate Edo’s economy for the interest of his people.

Edo people who believe the PDP’s candidate’s interest is not of the people but of the cabal that have seized power in Edo and make the people suffer in the past. PDP again!

Just imagine the desperation. Because they suspected Godwin Obaseki was in the plane, they wanted to crash a plane that was carrying more the 100 Edo people.

What an evil plot. PDP will never repent from their evil way.