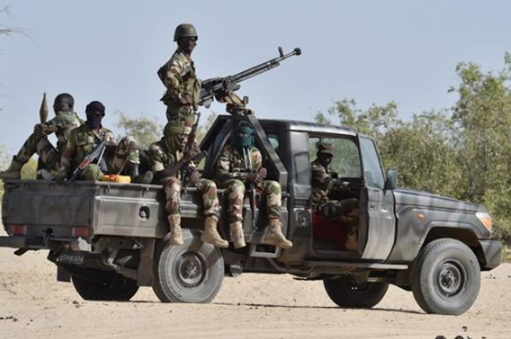 Boko Haram has so far killed at least eight soldiers in two attacks in Borno State while more than two dozen fighters also died, according to the military.

The armed group ambushed a convoy late on Sunday near Bama, 70km southeast of Maiduguri, resulting in the deaths of an army officer, three soldiers, and three attackers, an army statement said on Monday.

Earlier in the day gunmen attacked an army position at Logomani, 110km northeast of Maiduguri city, killing four soldiers, it said. The army said at least 22 fighters died in the firefight.

The attacks brought the official death toll of troops killed in the past week to 10 with 24 others wounded.
However, Boko Haram claimed more than 40 soldiers from a multinational army were killed in just one attack last week.

On Sunday, Boko Haram leader Abubakar Shekau appeared in a video denying military reports that he was fatally wounded last month. He also insisted he remained in charge despite the fact that ISIL appointed a new leader of Boko Haram, which is also known as Islamic State West Africa Province.

In the video, Shekau taunted parents of the more than 200 Chibok schoolgirls kidnapped in 2014, saying they will see their daughters only if the government swaps them for detained leaders of the group.

“To the people of Chibok: You have not seen the worst yet,” Shekau said, ending with laughter.

Boko Haram’s seven-year insurgency has killed about 20,000 people and displaced more than two million in its effort to create a state adhering to strict Islamic laws.