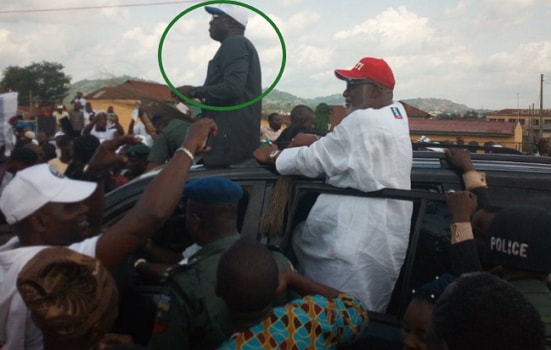 The APC party has released an update on the attack aimed at APC governorship candidate Fayemi in Ekiti yesterday.

In a statement released last night, the Ekiti chapter of the All Progressive Congress party alleged that 4 gunmen strategically positioned at key points attempted to assassinate Fayemi.

The statement released by the party spokesperson Taiwo Olatunbosun reads:

“Fayemi resigned his appointment on Wednesday as the Minister of Mines and Steel Development and was returning to Ekiti State on Friday in a welcome party planned by his party, the All Progressives Congress (APC).

“It was a smooth ride from Akure Airport to Ikere-Ekiti, where thousands of supporters came out to give him a rousing welcome.” 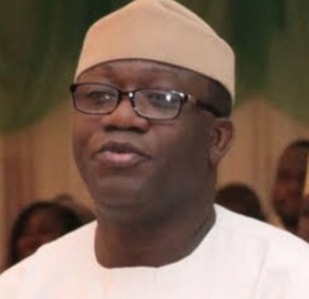 “Ikere-Ekiti journey to Ado-Ekiti, a distance of about nine kilometres, lasted two hours in a heavy traffic that was punctuated by four gunmen who strategically positioned themselves at the party’s secretariat in Ado-Ekiti for the attack.

“One of the assailants dressed in mobile police uniform was apprehended and he is now helping the police in their investigation.

“They fired gunshots aimed at Fayemi but hit a former lawmaker, Opeyemi Bamidele, after the former minister had taken a few steps forward before the bullets hit the target.

“Bamidele and other victims were immediately rushed to the Ekiti State University Teaching Hospital, Ado-Ekiti, where doctors are treating them.

Bamidele was seriously wounded in the attack, while others also sustained various degrees of injuries.

Continue Reading
You may also like...
Related Topics:assassination, Attempt, Fayemi