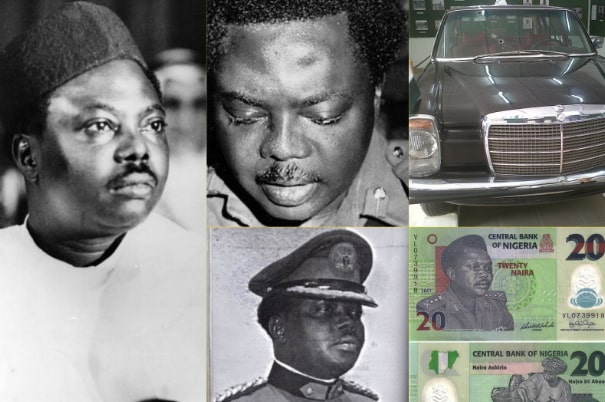 Ex Nigerian Leader, General Murtala Ramat Muhammed had N7,000 in his bank account when he was assassinated on 13 February 1976.

His son Risqua Muhammed, made the startling disclosure in Ile-Ife today at the unveiling of the statue of the slain leader at the entrance of the post-graduate hall of residence at Obafemi Awolowo University.

Risqua Muhammed said his father fearlessly fought corruption during his tenure in office as the Head of State and lauded President Muhammad Buhari for doing the same.

Muhammed said his father served Nigeria with integrity during his 200 days in office.

He said he was excited by the honour by post graduate students of Obafemi Awolowo University and urged urged Nigerians to support the crusade against corruption by President Muhammad Buhari-led administration.

The Vice-Chancellor of the Obafemi Awolowo University, Professor Eyitope Ogunbodede, commended the children of the late leader for maintaining his legacies.

Murtala Muhammed, Ogunbodede said, was a leader to celebrate because he did not acquire wealth when he was alive.