Feb 14, 2017 – How Frustrated Tonto Dikeh Moved Out Of Her Husband’s Home In Abuja – Insider

Few hours after Nollywood actress Tonto Dikeh openly confirmed the crash of her marriage, an insider from her husband’s side has revealed what led to her exit from Oladunni Churchill home in Abuja. 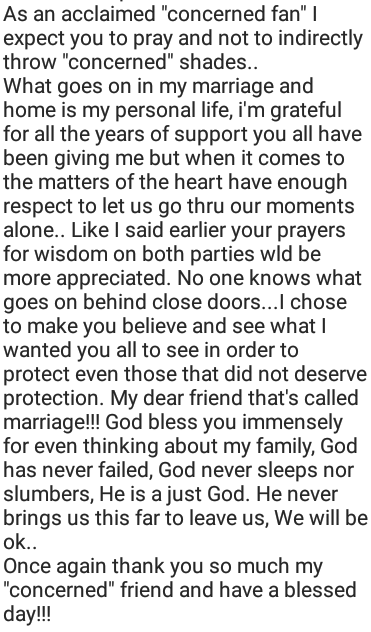 The source whom NaijaGists.com called yesterday evening said the marriage crashed a long time ago and that the actress was the only one staying in her matrimonial home in the past 4 months but when she noticed her man hasn’t returned home since October of last year, the actress got the signal that it is time for her to move on.

Our source revealed that Dunni Churchill carefully planned the whole scenario that forced Tonto out of his home.

We learnt that on January 15th 2017, the domestic staff working at Dunni’s mansion in Abuja suddenly quit since their Oga on top has not paid their salaries since last November.

All efforts made by the actress to ‘bring back her oga on top’ reportedly failed, this we learnt necessitated her action.

Another point the source raised is that Tonto Dikeh is hot tempered and very protective of her man. She reportedly threatened him over the phone when her husband’s secret romance with his Personal Assistant, Rosaline Meurer was exposed.

This and many other reasons forced Dunni Churchill to return to his base in Ghana. His refusal to return home reportedly sent a strong signal to Tonto that he’s no longer interested in the marriage. 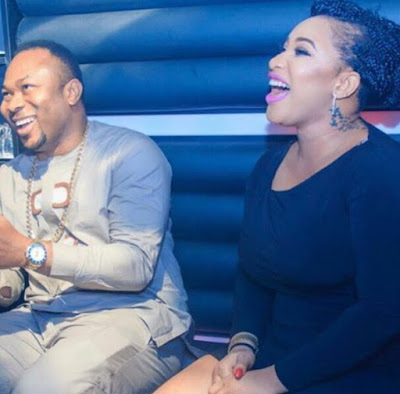 As we speak, the actress has silently relocated to Lagos to reignite her acting career.

The union that seems like a match made in heaven has now crashed.

Their short lived marriage is blessed with a son named Andre.