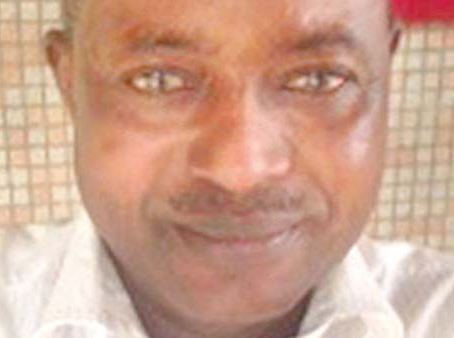 A clearing agent in Lagos has narrated how he miraculously escaped death at the hands of a gang that abducted him on his way to work.

He told Daily Sun that he was picked up at the popular Cele Bus Stop on Oshodi-Mile 2 Expressway, as he waited for a ride to Apapa, explaining that the encounter seemed to him like a Nollywood movie episode.

Till date, Obasi believes that it was the Catholic prayer and the sign of the cross that he made while in captivity that saved him on the day he had almost concluded that it was all over.

A Catholic priest, Rev. Fr. Peter Puotege, a Ghanaian working at SS Mulumba and David Catholic Church, Lawanson, Lagos, said: “The sign of the cross is one of those powerful prayers anyone could ever make because there is power in the name of God we profess. It is a communication between an individual and the Holy Trinity – that is God the Father, the Son and the Holy Ghost. It is an acknowledgment of God depending on the intention of the individual.”

Obasi said that was exactly what he did: Signing himself from the forehead to chest and the shoulders once while he was being shepherded to the dungeon and again as he was being asked to go into the temple apparently to fully hypnotise him. He said the last act he made seemingly threw his guard into disarray. And while it became obvious that the man was struggling with some form of confusion, Obasi made a quick get-away. He said as he ran for safety, the guard warned that he would soon be caught and brought back no matter how fast he ran. He said the money he had on him for a transaction was not touched.

He explained: “I had come out at Cele Bus Stop that fateful morning from my home in Itire, heading for Tin Can Island Wharf where I worked as a clearing agent. I was clutching my folder containing N35, 000 which was meant for some transaction at the Tin Can Island Wharf. As I stood there waiting for a bus, I never knew something untoward lay ahead.

“I met a pretty large crowd at the bus stop and had to stand poles away from the rest of the commuters. Everyone was desperate to get to their destinations. Having stood for well over 30 minutes, I was getting weary. Then suddenly, a car pulled up before me, with the driver shouting, Wharf! Wharf! He was riding alone. As I rushed in, a man too stormed in from the left door, and so did a woman. Three of us sat at the back; I was sandwiched by the duo. Another man who also made it with us, sat in front with the driver. The car then zoomed off as quickly as we got in. I was later to realise that I made a fatal mistake – that I was riding with the wrong persons.

“We had barely reached Sanya Bus Stop when the woman sitting to my right gave me a gentle tap on the shoulder. ‘Oh boy, how are you?’ she said in a soft voice. I was surprised at her action. But no sooner did she touch me than I began to melt like salt in water. I saw myself growing very weak. Before I knew what was happening, the driver veered off the road at 2nd Rainbow Bus Stop; he headed towards Amuwo Odofin axis. The farther we went, the weaker I became. I knew that I was in trouble but I didn’t have any ounce of energy to challenge them about where I was being taken.

“In a short while, the driver turned and headed towards Ago Palace Way in Okota. Everyone of us was silent. Then again he veered off into an unpaved road to the left. We kept rocking as the driver sped along the bumpy road. Soon, only a few houses were seen here and there. We kept heading into the bush. On and on we went, until we arrived at a certain uncompleted house. The driver hooted and a wiry man flung the gate open and he drove straight in.

“I was still in the car when a man opened the door, smiled at me and said: ‘You are welcome!’ Then a man of about 35 years old came forward and said: ‘Madam wants to see you upstairs.’ ‘Which madam?’ I asked and he said I would soon know. Then he led me all the way up.”

Obasi said the minutes that were to follow could have tragically passed as his last. But God stepped in at the nick of time in the most dramatic manner.

“After going up two or three rungs, I made the sign of the cross, muttering, ‘Lord, I put my hope in you.’ Then my guard turned, saw me and said: ‘Oh, you think that will save you? Let’s wait and see.’ But right in my mind I said: ‘Yes, this will save me.’

“In the room upstairs, I saw with my own eyes, some people – men and women sitting on the bare floor in chains crammed into a dingy corner. Seeing them, I concluded that the worst might happen.

“Then my guard motioned to me to go towards a certain chamber a few strides away. The place was veiled with a dreadful, black piece of cloth. He demanded that I should open it and go in. As I got to the chamber’s entrance, again I made the sign of the cross. Drawing closer, I beheld a dreadful temple. Then turning towards the man, I asked him: ‘Why do you want to do this to me?’ But he gave no answer. So, I retreated towards him and asked him to show me the way out, and he obliged me. In fact, he led the way.

“The moment we emerged from the house, it appeared that he was struggling with some form of confusion. The rest of the people in the compound kept looking at us. I then took some quick steps towards the gate and bolted, running as fast as I could. As I ran, I heard the man’s voice ringing behind me saying: ‘So you think you are running away? We will soon catch you. We will allow you exhaust yourself before we get you. We will soon bring you back; just keep running.’”

Obasi said as he ran, he couldn’t say if he was dead or alive. He was simply running for his dear life in a particular direction, encumbered by shrubs and undergrowth. He was falling as he ran, but he was not deterred. He said for more that 20 minutes he was continuously running, not minding if anyone was after him.

“When I got to a point, I paused to gather strength. I was like a man in a trance. I was wondering what happened. Then I began running again in a particular direction until I arrived at the same road through which we came. I saw a woman selling sachet water and hurried to her. I grabbed a pack but before I drank it, I made the sign of the cross again, fearing that the woman might be one of them. Then I gulped it.

“As I drank, the woman said to me: ‘Aaaa, you are lucky o o o! I know you escaped from there,’ pointing in the direction of the ritualists’ den. ‘You must hurry away quickly before they come after you. They must be after you. This is usually where they come to re-arrest escapees. They know that you must burst out at this spot.’

“Hearing that, I hurried off again. I dashed into the bush and kept running. Having run deep into the bush, I began fearing for my life. So, I headed for the same road in another direction. This time, I could see buildings around. People who saw me sensed I was escaping from danger meaning that they knew about the existence of the ritualists in the area.

“Then I saw a commercial motorcyclist, arriving after dropping off a passenger. I quickly mounted his bike and told him to take me to anywhere along Ago Palace Way. I did not even wait to bargain for the fare. From there, I headed straight home, wondering whether the encounter happened in a midday dream.”

Meanwhile, the Lagos State Police Command has said that the police were not aware of the existence of such evil gang. In a telephone chat with Daily Sun, the Police Public Relations Officer, (PPRO) of the command, Joseph Offor, a Deputy Superintendent of Police), said he had no knowledge of such development. He then promised to contact the police establishment in Okota area over the matter.