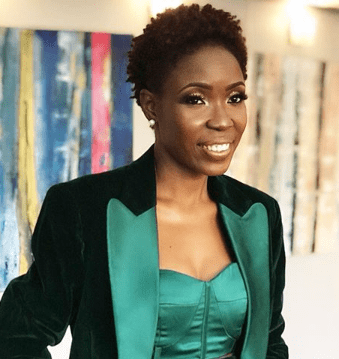 Who or what inspired you to go into acting?

I don’t think that anyone in particular did. I was just a growing child, a teenager who was confused. I just wanted to express myself. I was actually doing more music than acting. Then I went to UNILAG and studied Insurance and I knew that I wasn’t going to do anything with that. But I didn’t know how it was going to happen. I was singing more; I was doing voice over for jingles and then in 2005, I was asked to come and do a play for a guy who was in my church, who knew I could sing and the play needed an actor who could sing. It was my first play professionally and I knew this was it, because at that point, I was trying to figure out what to do. The fulfilment it gave me was amazing. That was the beginning, and then somebody who saw me do that play in 2005 hired me in 2006.

It was after the play in 2006 that I decided that ‘this is it’. I started to research the actors I wanted to be like, at home and abroad. There were Meryl Streep, Joke Sylvia, Taiwo Ajayi-Lycett, Kate Henshaw and Ireti Doyle. I didn’t know them at the time but I wrote their names down and found out that all of them had mastery of the stage. That was why I submitted myself to the theatre for five straight years. Also because I hadn’t formally been trained and that was my way of giving myself to training and saying ‘yes’ to the process.

Tell us about your role models and mentors

Top of the list would be Aunty J, Joke Silva. She has influenced the way that I have turned out in so many ways. She has also become my mother; it is funny how my biological mother calls her my mother. Both of them call each other ‘Mama Lala.’ I admire her work ethic, dedication and the way that she has been able to reinvent herself over the years and still function in her family. It says a lot. She is able to listen and be objective. She is never sentimental about decisions and she looks out for her people.

Another great influence is one of my teachers and mentors, Akin Omotosho; he always gets it. Funnily enough, he presented me with the Trailblazer award. They got someone that I would respect, love and look up to. He is also responsible for the way I think as a film maker; he has helped to shape my mind. He taught me to look at my work through the standards and eyes of the world. I admire his tenacity and ability to make films for the world. He is committed to telling the African story. He is a Nigerian based in South Africa.

Also my lawyer, Mr. Jide Bello. He is a huge influence; an artist at heart. He influences a lot of the professional decisions I make. He is the reason I got cast in Dazzling Mirage, by the way. I almost didn’t audition for it. Tunde Kelani had met me twice but I didn’t know what he was up to. But it was Jide Bello that recommended me and he opened Tunde Kelani’s eyes to see that I could do it.

There is Osayi Alile who is just a go-getter. She keeps me on my toes and makes sure that I am running my business well. There is also Funke Bucknor Obruthe, who is not just a mentor but a sister. I love how she keeps going; she is never tired. I like how my mentors have voices in dark rooms. I like how they don’t give up and they don’t quit. Biola Alabi as well, constantly sharing their challenges.

Let’s talk about the transformation since you got married last year. What is your husband’s favourite meal?

The transformation since I got married last year has been good. First of all, suddenly I am so important; it’s funny. I am also very particular about reminding people that I am not only a married woman now. There is more to me than marriage. So, I think that matters a lot for me. I feel like I have done so much before I got married. And suddenly people only want to talk about marriage. So, there is that and there is also the joy of marriage. My husband’s favourite meal, funnily enough is amala and we bond on amala.

What are some of the things that you share in common with your husband?

It’s rare but we bond on amala. We also love music; we love family life and dance. Those are some of the things that we share in common.