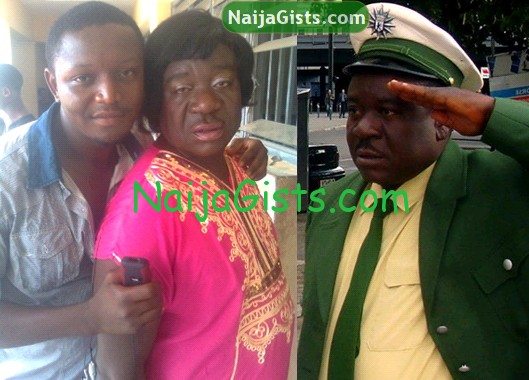 The comic actor who said his family was the poorest in his village said he went through some very tough times while growing up.

In this heart-felt story, he said he worked as an hair dresser and a firewood seller to provide for his poor siblings.

Some are born great while some are born slave. For this comic actor, John Okafor, he said that he was not in anyway born with even a spoon. In an interview recently, he said before he became a popular person, he had suffered.

The big part of his suffering was attributed to the background he came out from as he said that his family was the poorest in his hometown in Enugu State. ‘’When I lost my father, breeze pulled down our house and we became tenants in our own village.

That was Umunekwu Village in Eziokwe, NKanu West Local Government Area of Enugu State. We were eight in number; five men and three women. We were given a room in our maternal home; there we all slept at night as if we were in a cell. One leg here, the other leg there! (laughs),’’ he said.

He went further into how he grew up, ‘’once you are poor you are poor. You will be forced to see so many things from another angle. My father stopped training me when I was still very small. He died in 1975.

That was how we became fathers to each other and to our mum. I was training myself in secondary school. I was doing all sorts of odd jobs. I sold fire wood, I did hair dressing, I was assembling wooden crates of minerals, I was involved in the snapping of wait-and-take pictures;

I was a butcher; if you want to kill a goat, cow, pig, etc, I would do it for you, cut it to your desired sizes, and take it to your place. That was how I was surviving. It was from those petty jobs that I got money to see myself through school. My elder brother later came in when he began earning money.

When I was picking up my admission form to study Mass Communication at the Institute of Management and Technology, IMT, Enugu, my brother told me to choose part time, because it was going to be hard if I should enter full time. There was no time for rest because it was struggle all through; struggle to go to school and struggle to feed ourselves and our mum.

We lost two members of the family along the way. My brother, I had a poverty-ridden growing up experience but today, I give all thanks to God for His mercies.’’