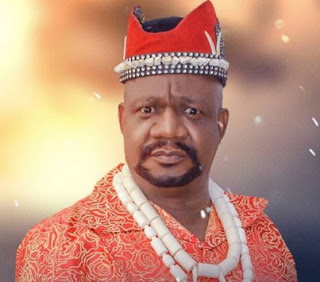 Feb 26, 2018 – How Nollywood Legend Alex Usifo Made A Name For Himself

Nollywood legend Alex Usifo started his acting career back in year 1984 with a major role in Ray Yusuf-produced telemovie, ‘The Return of the Native’.

Shortly after that, he took lead roles in Baba Babs Fashina-produced movies, Two People and Natas.

Alex Usifo From there started going to NTA, Victoria Island, to take part in the weekly series ‘At Your Service’. He was part of NTA productions: ‘Echoes of Life’, and ‘Turning Wheel’. All of these took place between 1984 and 1987. He began to earn admiration of many within this period. His rise to fame came in 1988 when he starred in Zeb Ejiro’s Soap opera, an NTA Network programme titled ‘Ripples’.

His legendary and iconic character was Talaab Abass. It was career-defining for him. He made many rush home to watch the programme. The character which he played, Talaab Abass, was a villain – a character people loved to hate. Alex interpreted the character in ways that made viewers want more with large bulging eyes and a baritone voice even as he played with words.

Alex Usifo, a legend/veteran in the field of acting, goes beyond just Nollywood because he actually made a name for himself long before Nollywood came into existence. He had participated in stage plays like ‘Awero’ written, produced and directed by Lari Williams.

In the late 80s/early 90s, Alex Usifo started a modelling agency in partnership with Andy Amenechi [DGN] but later went solo as Silver and Gold Productions which became the rave of the moment producing top-notch models including beauty Queens like Sandra Petgrave, Toyin Raji among others.

Some big names in the industry actually began their modelling career from ‘SilverModels’.
His role mostly as a rich man in Nollywood movies where he was at a time stereotyped to source his wealth from a cult, earned him a huge followership and the producers were never tired of making him play the same role time and time again.

The houses, cars, garbs and brand items he was made to flaunt remain the reason they fell for the illusion of stupendous wealth. The last heard of the gentleman was that he picked up a teaching job at BABKOK University, Ogun State, in 2014.

Continue Reading
You may also like...
Related Topics:alex usifo

The Modest Lifestyle Of Nollywood ‘Cry Baby’, Hilda Dokubo
Antar Laniyan: 5 Things You May Not Know About Nollywood’s Most Disciplined Actor