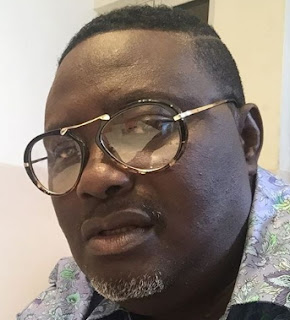 Feb 26, 2018 – Antar Laniyan: 5 Things You May Not Know About Nollywood’s Most Disciplined Actor

Laniyan attended Baptist secondary school in Lagos State before he later proceeded to the University of Ibadan where he obtained a Bachelor of Arts degree in Theatre Arts.

He began acting in 1981 and the first major role he played as a professional actor was the role of a “major general” in a film titled ‘Everybody Wants to know’ during his days at the Kakaki Art Squad.

He has featured in several Nigerian films including Sango, a film scripted by Wale Ogunyemi and produced by Obafemi Lasode. He was the director of the first episode of Super Story, the award-winning Nigerian soap opera produced by Wale Adenuga in the year 2000.

He also directed Oh Father Oh Daughter and This Life produced from the stable of Wale Adenuga Production.

A highly disciplined professional and an incredibly affable fellow, Laniyan would do nothing outside the theatre, but his over 37 years as an actor still haven’t earned him much in monetary terms, has never felt rich but has always felt some sense of fulfillment.

The next time you think that man you saw in G-Wagon was Antar Laniyan, you might have to return to sleep.

Continue Reading
You may also like...
Related Topics:antar laniyan, nollywood

How Nollywood Legend Alex Usifo Made A Name For Himself
Dr Esther Idowu Phillips: How She Adopted Stage Name “Iya Rainbow” From Late Husband Osumare