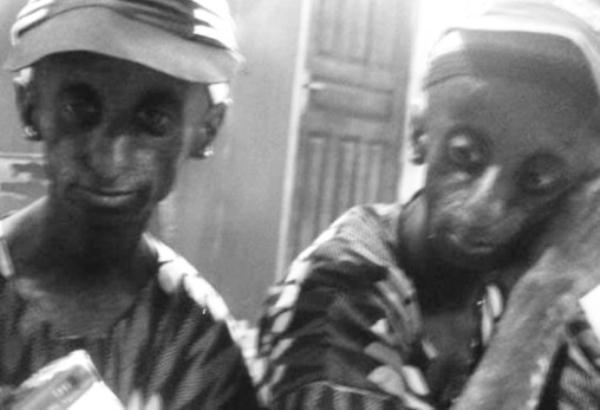 Kehinde Osuolale, one of the stars of Ibeji Oran acting duo died few weeks ago at his mansion in Owode area of Osogbo Osun state.

Kenny (pictured on the left below) and his twin brother, Taiwo recently acquired a land in Osogbo for their second mansion.

But before the acquisition, a farmer was reported to have planted some corns on the land.

As they were preparing to begin the mansion construction, the farmer approached them and told them that his corn is yet to reach harvesting season and that they should give him sometimes before they begin construction.

A close source to the twins hinted that the said farmer had been using the land for close to 50 years before the twins bought the land located at Apara town along Ilesha/Osogbo way.

One of the construction workers on the site said 21 days before the death of Kenny, the farmer confronted them again and ordered them to stop working on the farm because of his crops which he was yet to harvest.

He ordered the workers to leave the land that he will tell the twins when to start working on the land. 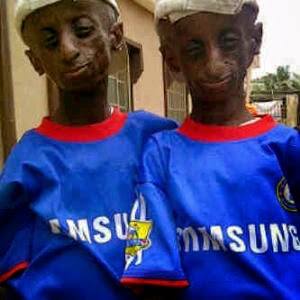 The bricklayer the twins hired reportedly ignored the farmer’s warning but the man spoke in parable that having gotten a land doesn’t mean one will build let alone sleep in the house “Keeyan ri owo ra ile, ko to keeyan jere ile ohun”.

We learnt Kehinde, the boss as he is fondly called got really upset by the farmers reaction and ordered all the construction crew to start working immediately on the land without taking into consideration the farmer’s plea. He died 3 weeks after.

His twin brother Taiwo said a day before his death, he told him he’s feeling really weak and the next morning, they found out he was dead.